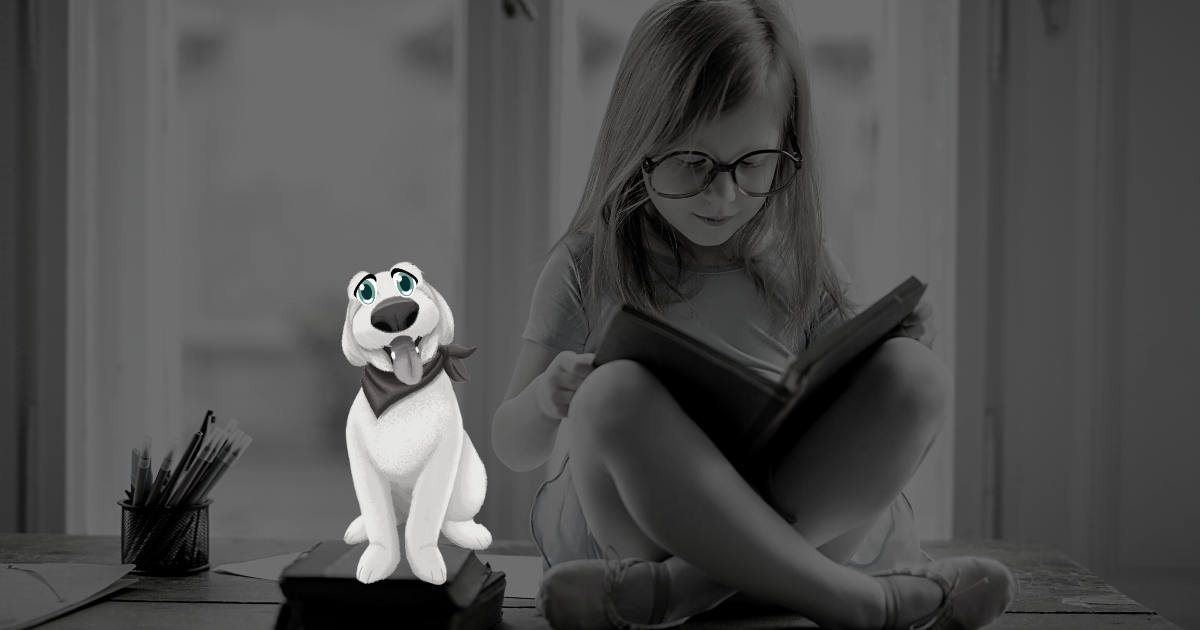 In our last blog, I described how incorporating our dog therapy into the topic of kindness created a more engaging learning climate for children which resulted in richer and more thoughtful children’s answers. It turns out that our next visit was just as successful.

I read the beginning of the book in an interactive way, which means that I was answering children’s questions that they had during my reading or engaged them in a conversation. They were so interested in learning about how Carmel became a part of our family. Then, I told them to listen carefully as I was going to read a part  during which I would ask them to close their eyes and visualize, which means to create a picture or a movie in their mind in order to see the scene I was going to read. As they closed their eyes, I read the part about how Carmel pulled terribly during our walks. After that I asked them to open their eyes and tell me about what they saw. It turns out that children’s visualizations were amazing. They even had additional details that were not in that particular scene, such as how Carmel pulled so much that she almost torn her harness.

Children’s responses were so inspirational that I told them that they could be book authors themselves because they can create vivid, fabulous scenes with these visualizations. They were delighted to hear it.

When I later debriefed with the teacher, she confirmed that children’s engagement is just so different with Carmel around. She also mentioned something incredible. Throughout the school day, the children often refer to Carmel and say things such as “We have to learn how to be more patient because Carmel is a very patient dog.” With statements like that, it’s very clear that Carmel is more than a dog for these children. She is a superhero – mentor- like figure for them.

This is one of the many ways I hope to inspire children in the Carmel Therapy Dog App. Children can write stories with dog characters or even with Carmel as a character. Since Carmel and I can only be at one place at a time, we published the app as a way to allow children to interact with Carmel and get creative. The app can also be used as a tool by teachers who want to incorporate writing and creativity into their classroom – a way to inspire stories and creativity in children in a manner similar to the way Carmel inspires children in the classroom. If you are a parent or a teacher, or know a child you believe could benefit from the app in this way, feel free to check it out at the link below and come write with us!

Get the Carmel Therapy Dog App