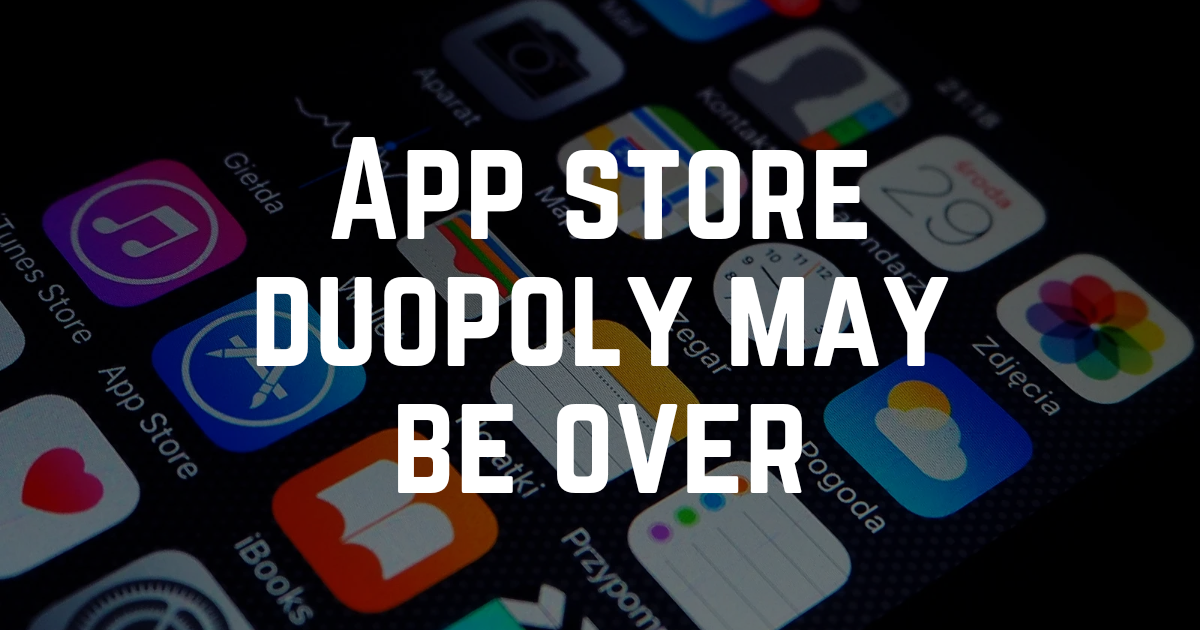 As part of the government’s attempt to pretend they are trying to reign in Big Tech, they have advanced the Open Apps Bill, which would force Apple and Google to allow users to download apps from alternative app stores.

But, of course, the powerful duopoly have bribed certain government officials to argue against this.

Sideloading is a process where users install apps directly on their device instead of going through an app store but Swalwell framed it as forcing device makers and software platforms to “open up their stores to anyone.” Based on this premise, Swalwell suggested that allowing sideloading would cripple mobile security and benefit China.

Swalwell continued by suggesting that people “choose” to get Apple or Google phones because “they like the idea the store is curated.”

“You don’t want a flea market environment where anyone can bring any insecure app or fraudulent app into the store,” Swalwell said.

The Congressman then doubled down on his claims that sideloading would help China by allowing it to “flood these stores” with apps that could “pipe US consumer information, potentially…national security information back to China.”

Interestingly, Swalwell didn’t mention TikTok, one of the most popular apps in Apple and Google’s app stores, when raising his concerns about China. TikTok’s data collection practices and ties to China have been subject to ongoing scrutiny and have raised national security concerns in the US. The Trump administration even attempted to ban TikTok or force it to be sold to a US company amid these concerns. Yet even without sideloading being more widespread, China-based TikTok is thriving and consistently ranks as one of the top 10 most downloaded apps in both stores.

Swalwell followed up his claims that sideloading would benefit China by suggesting that there should be a hearing with surveillance loving government agencies, such as the Federal Bureau of Investigation (FBI), Central Intelligence Agency (CIA), and National Security Agency (NSA), to assess the “risks” of proposed Big Tech antitrust legislation.

The idea that only Google and Apple know how to verify the safety of apps is insulting to the millions of developers and small tech companies which have created the apps which have allowed the tech giants to establish their current monopolies.

The truth is, these tech giants have been on a mission to not only control which apps can be installed on your phone, but your entire thought process as well.

Whether the bill goes through or not, we here at Wikacy will continue to pursue a new independent app store.  There are ways to bypass any protocols built into default phone configurations, including the ability to root Android devices; and careful measures will be set in place to make sure all apps are scanned for malware and malicious code.

ShareTweetSharePostSharePin It!
chevron_left Three Things Devs Should Never Do in the Ghetto
Disinformation Governance Board CANCELLED chevron_right