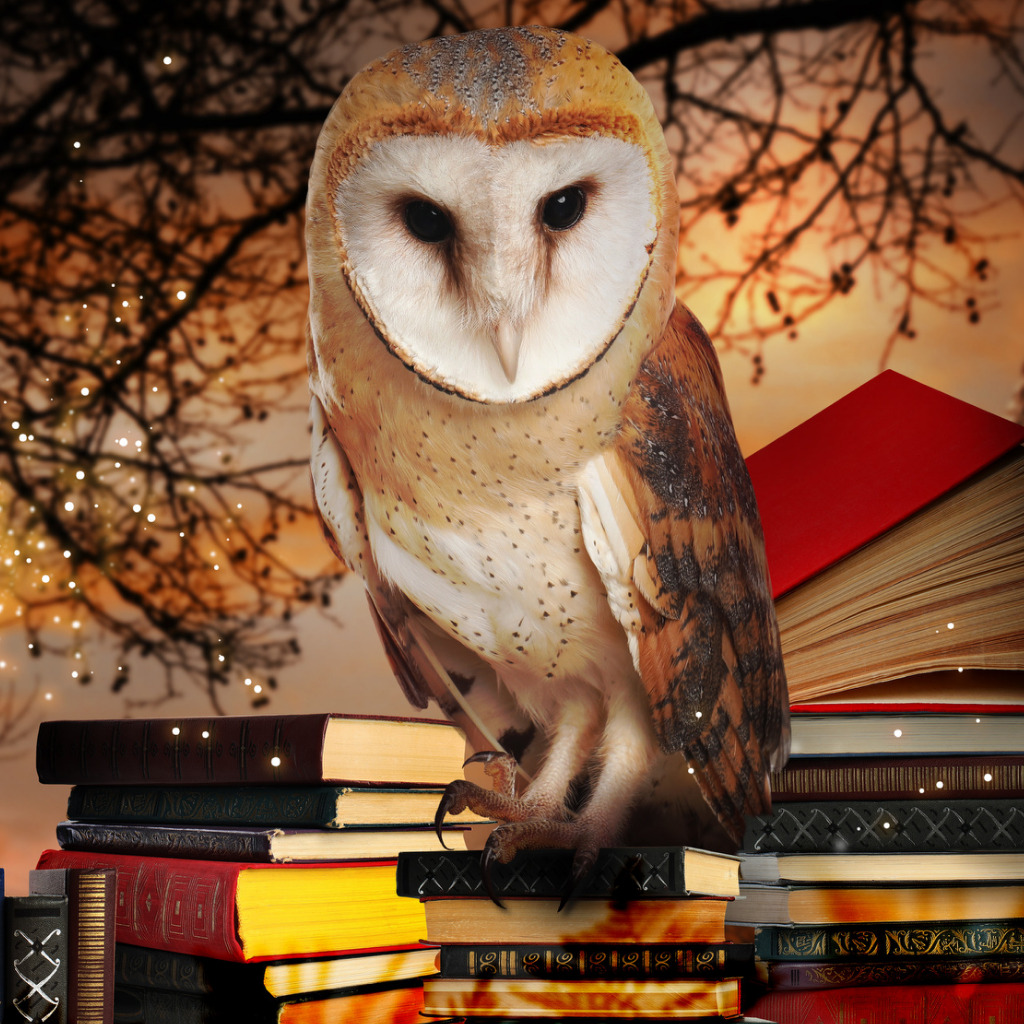 This part was 300 years post part one, Scott explained to Hew the history of the Bibilonians. Now he invites you back to follow his dialog of leadership, and newfound prosperity around Bibilonia.

Years down the line after the mass extinction, earth began to cool again. Bibilonians came alive from their catacombs of safety, out to a harsh disaster zone of a planet they once could identify, but no longer. As a colony they decided to retreat back to the catacombs for many more years, when we arose from our hideout we saw the blue vibrant sky once again but the terra was still scarred with cooled magma.. it dawned on them the dinos were gone. Hew is new to this, thankfully, he can quite possibly grow up without those wretched four legged beasts stomping all over it.

Scott smiled. with Hew overlooking the sunrise again. Though the planet needs some work they were just happy to be alive, considering, though it appears the royal library has been completely obliterated sending a momentary stir among the members of the meeting. Another patriach is needed direly as Z kept a top-down hierchy, the only other royally inaugurated person is, well, by slim chances, me. I followed the same style as Z, I was beside him everyday for 150 years, surprisingly without going bonkers, I learned a lot of how Bibilonia is so great why Bibilonians were so supportive of the hierchy that was in place. It’s effective, simple and relatively stress free for all parties. In fact, we agreed on a pact between all Bibilonians to come together and rebuild Bibilonia into something greater, first of a kind for humanity.

An above ground city with waterways and big taverns. It took all libraries to come together; but, in 100 years we have finally built some resemblance of our vision on a finite patch of soil. It was small but habitable for only 150 Bibilonians, counting me and Hew. Some generations down the line we found a way to begin removing and reusing the volcanic rock for better pathways,  — we had some seeds we took from the library to build crops invoking food innovation. I made my big tavern a reality after trial and erring the brewing process, well I’d say more my cooking skills, but grandma decided to pitch in making the menu. With all the books the great minds of Bibilonians past we rebuilt the water system first. After that was the industrial age, so to speak.  Everything blew up, economy wise.

We now hold the annual Bibilonia Gladiator Games to find worthy knights to keep the community at peace, everything was panning out well. Especially since Z had made a glorious come back from the dead day, he trudged into town with his armor torn to pieces, burn scars canvassed his flesh. “I, your mighty king has returned!  Who is in charge?” he interrogated.

“It’s alright, my king it is me, Scott.  Welcome home, your majesty. Let’s get you cleaned up you, seriously look like crap.”  Scott turned to make way into the castle, checking back every so often at the beat up patriacrh, pondering how he survived.  After all, he was fairly drained after the last game that sent him through magic drought. Z appeared later, fully restored, chilling in his jammies and robe drinking the finest Bibilonia Ale. “Thank you for holding down the fort, Scott. I had to break through the thick magma that encapsulated the royal archives. Mind you, damage there is minimal, just toasty,” Z elaborated, gazing at the ceiling while coordinating his hands like a puppeteer telling a tale.

“Good, any others, or just you?” Scott queried pryingly with a quirk in his brow.

“Yes, all are down there.  We just can’t reach them until the magma cools,” Z sighed.

“Well, the city is in good order, Sir. We even have coins with your splendid face as the print.” He gazed upon the shiny gold coin, inscribed with ‘In Books We Trust.’

“What have you not done Scott? This is the blueprint of my vision.  You have surpassed what I thought of you, once again. I’d say first we should add to the village by putting in a few key industries to help along the growth spurt, such as a Smith, perhaps an inn or two for wayward travelers.. I already run a tavern down town, are you game with dropping a few pints over some dumpling soup?”

“Sounds splendid, Scott.  It will allow me to walk the streets and figure out just where I am, exactly,” The en-human scratched his bushy beard with perplexity. The two dined and drank into the late night, catching up the last 200 or so years between.  The next morning we came out of our stupors on the cold tile floor of the palace foyer.  A man was at the door with a paper reading.  “I am the prince of the frost tribe — the one you thought you slain. Fret not no grudges except that you took my prized head, and I’ll want that back. Wait till you see the headless frostman!”

“How is this bloke still alive,” Z roared, petrifying Scott to a pale white color.

“He was in the chamber of healing magic after the whole spell thing.  You were MIA.  We figured you’d been buried below.”

“It was more like thrown to oblivion, but I like yours better. It’s harsh beyond the frost boundary negative 20 and below,” he mused, shuddering at the very utterance of his journey back. The annual book-a-thon was a foot quite merrily, the town center with a big fountain had book stands all around it selling tomes of old and new. The new street lamps the Smith made are stunning with the wrought iron art work, they are wik and oil based, providing great light at night, paired with dark cherry oak benches below every other lamp or two.   As tradition, the event ended at 12 O’clock, we moved to the palaces great dining hall — one big room decorated with blue walls, 2 walls looking in had 2 giant windows each bedazzled light green curtains with gold lacing. The floors were oak along with the cherry stained oak rectangle great table that could seat 10000 Bibilonians.  The middle boasted a wrought-iron chandelier with elegant book decorations dotted throughout the 20 light behemoth. The chefs brought in the dishes — roll-cooked pork, rice and beans, mashed potatoes, potato salad, cornbread and biscuits. A feast they had, indeed, after they all had full bellies it was a funny feat to get down the two flights of stairs outside.. the architect must have had a twisted sense of humor.

The next day was bright and clear, perfect for the unveiling of the magic arts academy  being built for a few years now.  It boasted 35 classrooms on the main floor (those will be for casting arts and basic incantations — elementary school for these kids). The second floor had the same amount of rooms, but was for more advanced spells similar to junior high schoolers.  The third floor covers deeper magical topics on a high school level. They did more book study than any other, and our grade lengths are usually 4 to 5 years each. We spend a lot of time studying. We pride ourselves in graduating.  It was a true milestone (25 years). The village has everything it needs, for now.  We may roam again, to find the next adventure beyond.  One day, we may settle down and build a college for the to-be sorcerer-masters for the rest of eternity. The men clinked their pints and down they went, a momentous day indeed.

A young wizard barged in.  “Masters, we need you down at the training grounds.  We have a student that is using dark magic.”  Those very words brought the men to their feet and out the door, – – – flashing back to the training grounds when they were young wizards. It was track day, and they both were training to beat each other in the acre sprint.  I won, despite Z’s giant legs that seemingly slowed him down just enough so my smaller athletic build could glide. – – – Finally, at the school training grounds half way across town we saw the young wizard with a rotten necromancer.

“What is this!” Z roared morphing to his gigantic size. “Seize, in name of the king!” He pointed his thylium staff (like his sword, but lighter and stronger, to cast faster magic) right in the man’s face, surrounding him in a seemingly impenetrable bubble. The necromancer responded with a mighty concentrated beam of magic, meaning he must be using the cosmos as power.. crap as it busted into pieces, “click click click with his tongue, now now big boy calm down you don’t want me to get angry do you?” The necromancer spoke softly, keeping his hood covering his eyes.

“Does it look like I give a crap how you feel, you twisted lost sorcerer?” Z snapped back.

“Ok, fine, then we’ll do this the hard way”  before their eyes, he morphed into a sphinx, with the head of a falcon, body of a lion, and wings like an eagle.”

“Well, well, well.  You can morph to0, I see.  Don’t be fooled, young nec.  I’ll be easy on you,” As he unsheathed his great sword, he lunged at the mythical creature. Nicking his right blocking arm, he returned with a fist flying at my face and no where to go. I did a few in-air 180’s, falling to my face, shaking the ground like a falling skyscraper.  When I did manage to get up I forgot the sword and just took him with an iron grip, sinking him straight through the earth.

ShareTweetSharePostSharePin It!
chevron_left Stories are Startups
The Wizard in Bibilonia chevron_right