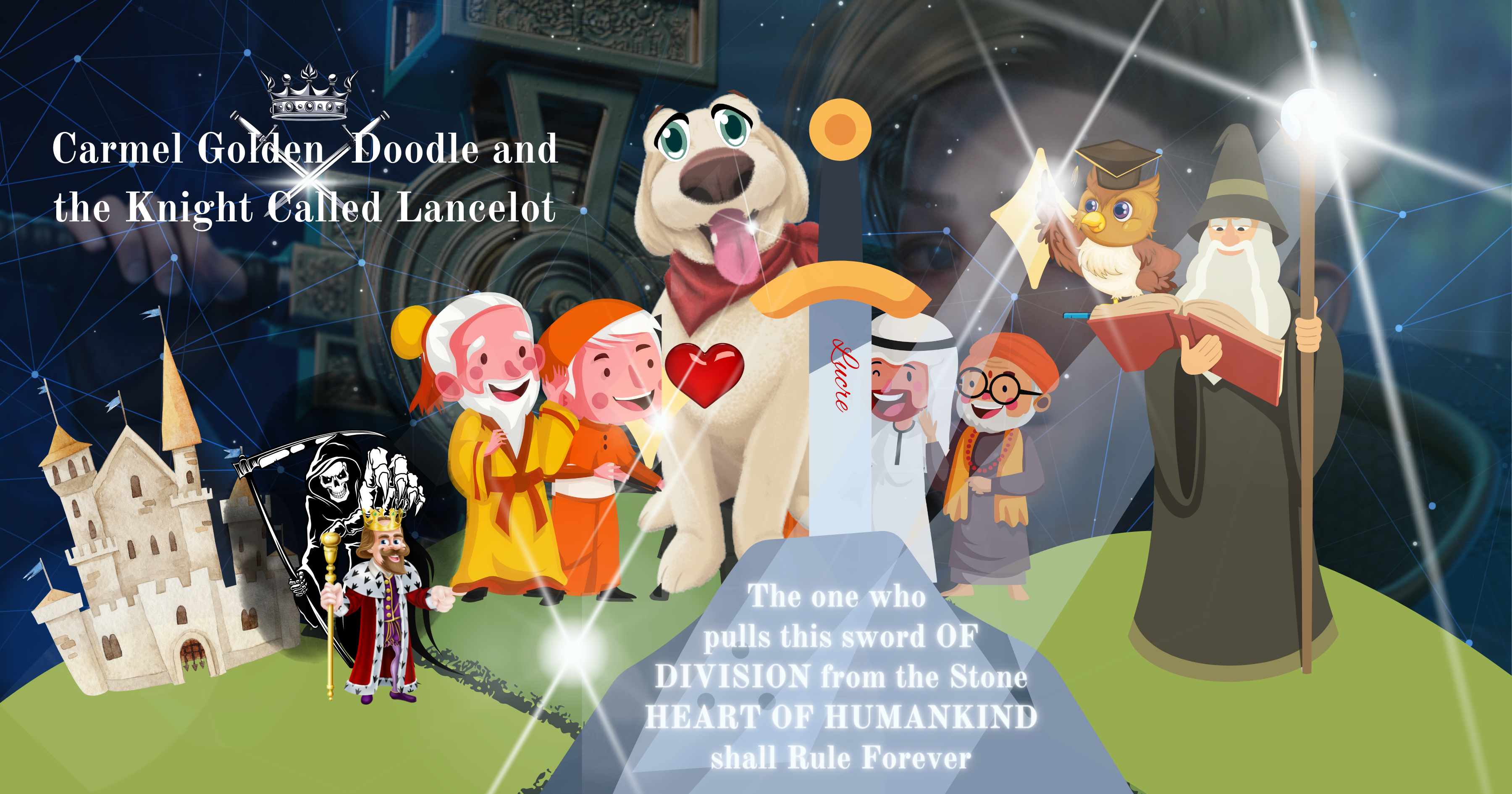 I love this story because it is absolutely true! A modern Don Quixote in so many ways…

Carmel Golden Doodle and Barbara Vokatis’ “Quest for the Lost Children” follows the story of a very special therapy dog and her handler and best friend, self-published author and Professor Barbara Vokatis.

In a world where all is broken, they set out with hope to provide the love, attention, and education needed for the next generation in a way which they truly believe will restore right to the world.

They meet many characters along the way, travel to the past, and acquire forgotten knowledge to aid them on their paths in the future.  Two episodes into the series reveals that the wise Merlin had foretold of the coming of this supernatural bond between Barbara and her therapy dog, and had passed a prophecy down to many generations of the coming of the “Warrior of the Golden Orn,” who would usher in the restoration of Camelot in a future era when human kind have all but lost all concepts of chivalry.

Many deep and spine-tingling secrets of literature are embodied in this fantastic portrayal of the very real life and mission of Vokatis and Carmel, who have been visiting children in classrooms regularly for many years.  Recently, they have embarked on a brand new quest with the beta release of the Carmel Therapy Dog App for Android, where they seek to bring children and families, especially their pets, into a new method of learning and community building inspired by the pure nature of animals and our aspiration to be more like them in so many ways, an app with a specific mission of providing true and genuine virtual human support to those who may never have been taught to believe in themselves, and to teach families and educational professions the benefits of dog therapy in schools.

Children’s book authors, teachers, and self-improvemt advocates can join with Carmel and Barabara on their mission to find and nurture all the lost children!

Without revealing too much of the plot,  rest assure that, as in the past, they encounter supernatural help along the way, uncover secret weapons of long forgotten lore — transformed by its keepers into a modern tool of the future, empowering all who believe to pull the sword of division from the hearts of human stone.  And all who join them become convinced of the validity of their quest and truly believe we can rebuild that ancient city of Camelot and witness the return of the once and future king.

ShareTweetSharePostSharePin It!
chevron_left A Publishing Model for the Digital Age (and the smart investor)
Learning to Live chevron_right