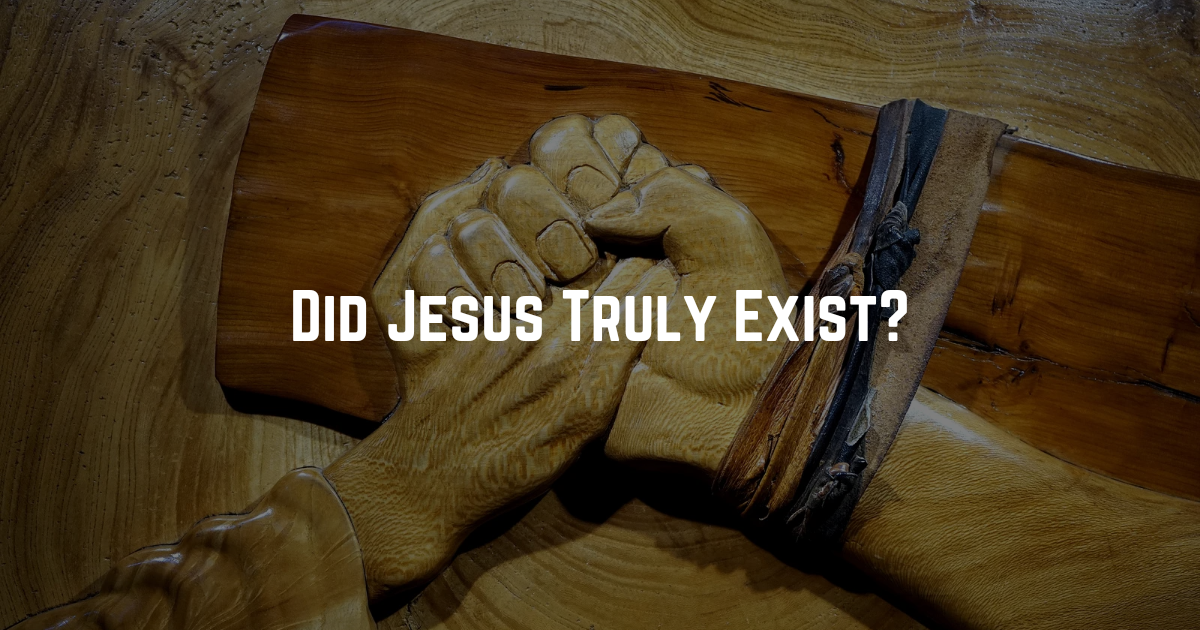 Did the man Jesus truly exist?

This is meant to be more of a philosophical analysis than an argument for one side or the other.

Denying the historical existence of the man known as Jesus is a fairly new argument, but one which has gained momentum as millions of people seek to dazzle truth-seeking audiences in order to earn a portion of online ad-revenue. However, a diligent study of documented historical facts reveals that the Rabbinical Jews, who had, by far, the most interest in discrediting early Christianity, never denied the actual existence of the man who caused them so much trouble after his death.

Therefore, from a historical and evidentiary point of view, we can dismiss this new argument without any unwarranted discussion.

As to all the arguments citing historical corruptions of the church, these are all shortsighted attempts to claim the abuse or mis-use of something by corrupt men discredits the original thing. This argument is also, therefore, without merit and warrants no serious discussion regarding the question as to whether the man Jesus truly existed.

We could take every argument one by one (and believe me, I have read and studied them all), or we could skip to the heart of the matter and cite the most compelling evidence of the historical life and ministry of Jesus.

No scholar denies the historical evidence that, of the original 12 apostles who walked with and knew Jesus, 1O of them willfully died excruciating deaths defending, not money or riches, but their belief that Jesus was indeed the Messiah and that he did indeed raise from the dead. The other one, Judas, hung himself after he betrayed the man. These are undeniable, well-documented facts. In addition, there are thousands more, and hundreds of thousands more throughout history who died poor and as martyrs for the defense of the faith.

Now, knowing the nature of human beings, we can conceptualize a random person here and there willing to die for a lie as part of some pathological mental sickness, but not ten of them for the same lie, and especially not for some reason which does not result in worldy riches for them or their posterity, but rather for certain persecution and exile from the rest of society.

Therefore, any person who denies the historical existence of Jesus the Messiah, his death, burial, and resurrection, would have to first give me a good reason the Apostles of Christ were so willing to die for this belief.

Jesus was right when he told them “You shall be my witnesses.”

Knowing the above testimony settles it for me.

Now, having said that, I also want to say that I, above all people, empathize with the person who reads about all the corrupt acts which have been perpetrated by those who have called themselves “Christians” throughout history and therefore doubt anything these people have written.  I understand the great tyranny of information we have all been, and still are, being subjected to.  The world is so full of ideas, Napoleon was right when he said “The honest man is left confused.”  I shudder to think what he would have said if he lived in the age of the internet, when attention-seeking has become the dominant social influence in the mind of the majority of people.

The evils done in the name of established religion, however, are all corruptions of men who came long after Jesus.  We all know people corrupt things. This is actually inline with the original man’s predictions.

If I do something meant for good, and someone corrupts what I said or twists the story, I would appreciate the opportunity to speak for myself, and I am sure you would, too.

So be thorough in your attempts to seek truth.  Be vigilant.  Do not come to hastly conclusions.  Weigh all matters carefully and throughly, and look for the truth, above all, in your own spirit.

A great place to start is with this question: Are we random?

Also, I have included a link to a very informative article below on what happened to the Apostles. It really is fascinating. When reading it, I realize that these men who evangelized the world were, above all, first and foremost, truth-seekers. And it does not surprise me that their mission for the good of the people has been hijacked by the same power-structure which today hijacks all the passions and arts of all people and turns it to the generation of money and wealth.

Anything good, anything which by its power and message draws people to it, will eventually be harnessed by evil in order to utilized it for evil.

But this does not mean that original thing does not exist.

In the end, it may be that the very people “truthseekers” on Youtube and the internet are attacking for their faith in Christ are indeed, still, to this very day, the true seekers of truth.

ShareTweetSharePostSharePin It!
chevron_left The Art of Modern Slavery
What else can we do? chevron_right