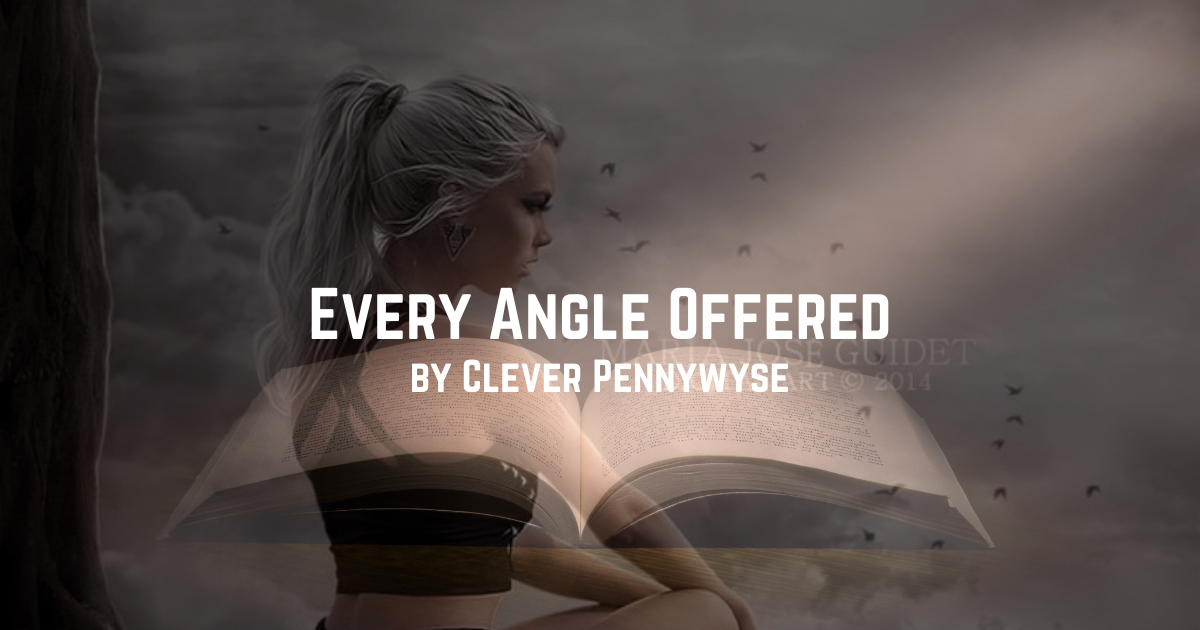 I’ve decided that one of the smartest things I can do is to use “Every Angle Offered” by Wikacy to get my novels read.

In 2018, I got to see my Mamma Beth (dad’s sister) for the first time in 34 years, and it was uncanny how much she was just like my father; he was known as Al. Then again, she had so many attributes that were completely the opposite of my dad’s that I could see how people thought the two of them were twins when they were kids.

During the time I spent in Brady, Texas, Mamma Beth was capable of clearing the writer’s block I’d been experiencing over the past 15+ years, and the woman didn’t have to address my issue directly.

In 2018, I decided to write a trilogy called “The Day Gypsies Stole Me”, but as of today, that project has been placed on the “back burner” because I feel I’ll better write that story when I’ve reached the end of my life since it is a series based on my personal life. That same year, I developed a second trilogy called “Interraton, Second Earth”. The first novel is subtitled “Meet the Locals”, and it gives an exclusive look into the lives of the elves, fairies and demons who share the planet, Interraton.

The next posts I’ll be making on this platform will be the chapters I’ve written in “Meet the Locals”.