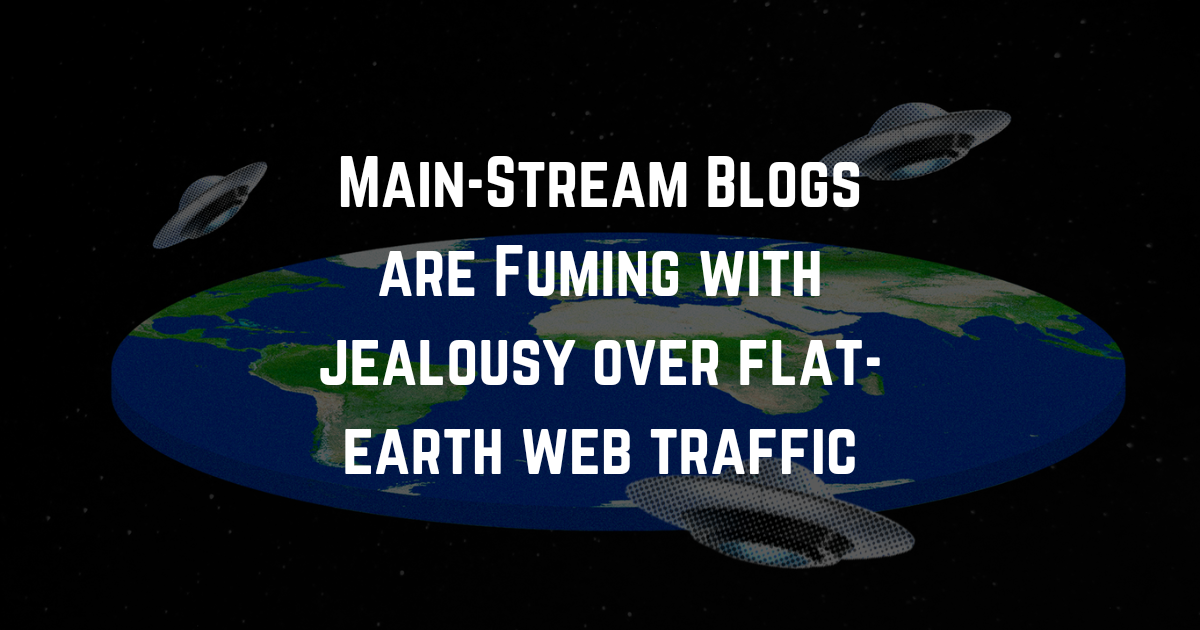 Since 2014, the traffic to flat-earth blogs, websites, and social media groups has sky-rocketed.  People everywhere are hungry for topics of true meaning, and the sincere passion of flat-earthers has attracted hundreds of thousands of hits.

But the people who write for blogs such as The Verge, The New York Times, Gizmodo, Medium, and the main-stream news sites care nothing for humanity, only for web traffick.  They obsess day and night about how to get traffick to their blogs in order to mine user-data, display ads, and earn revenue. Therefore, they are starting to attempt to capitalize on the flat-earth phenomenon.

However, for the most part, their attempts have been unsuccessful.  Mostly because they always write about the flat-earthers with contempt and try to ridicule and scorn the sincere people who have sparked so much interest in this topic.

Words such as “conspiracy theorists,” “pseudo-science,” and “lunatics” plague their articles; and real people know who the real flat-earthers are, and are not fooled.

This goes to show there is a big difference in what people perceive to be high-valued content.  While the fake news writers continue to crave attention on their sites, the flat-earthers only seek to awaken people to truth, and people know what is real and motivated by true concern for humanity and what is fake and written only for profit-motive.

Here on Wikacy, we applaud the genuine passion of the people in the flat-earth movement.

Thank you for exercising your free thought!

To the snobby bloggers out there, my advice is to stop writing for search engines and start writing for people.  Stop ridiculing sincere people simply because their belief exposes your inability to engage in analytical thought.

But, then again, we are not your typical blog. As the first platform built to be owned by the users, we place value in everything which concerns genuine people, and have also been scorned by the mainstream.

But not for long. When we release Wik Beta, our new mobile app, these fake bloggers are going to see a real human phenomenon the likes of which they could never imagine.

If you are a writer who believes in true human support and distrusts the mainstream media, come write with us on our current Android App or help test Wik Beta. Own your part of the first user-owned blog and digital media platform!