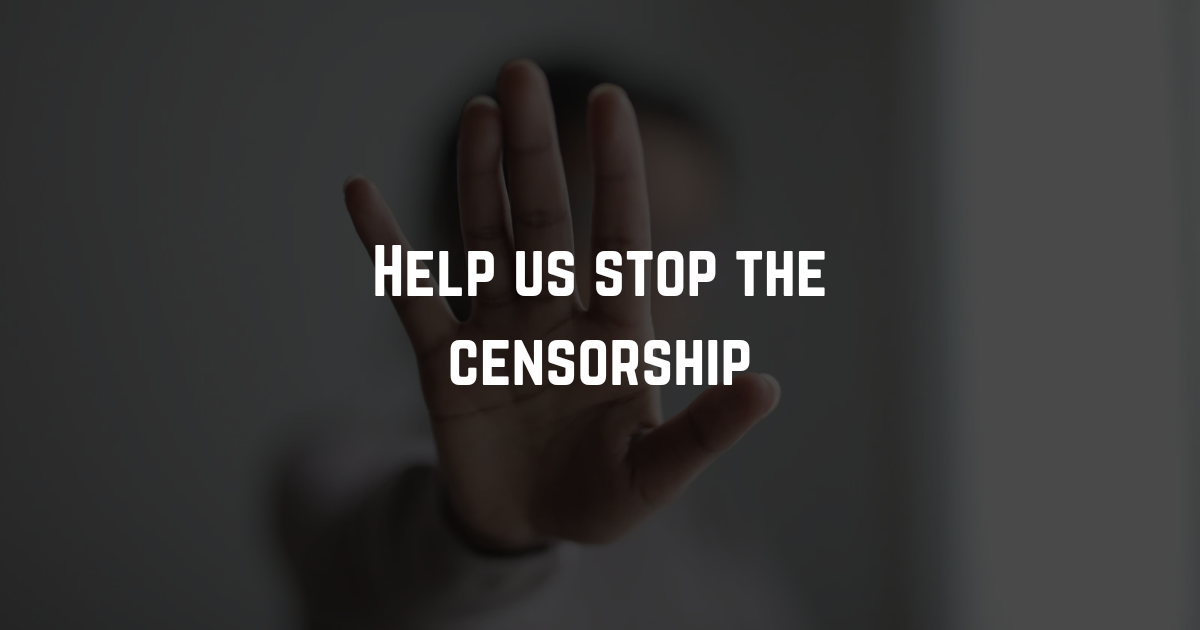 When people feel like they cannot access information, express opinions, or ask questions without consequences, freedom of speech is being stifled. It does not matter whether it is the government who is censoring. This is only a question as to the correct remedy. If the government is the one doing the censorship, we have legal recourse under the First Amendment. As to private companies, we have to use other methods. First, we need to speak even louder in order to strengthen and embolden others who also want to speak. We also must boycott any companies who are censoring speech and ideas.

I appreciate the many creators on Youtube and other platforms who are continuing to speak out despite being faced with threats. Unfortunately, creators are trapped in a catch-22 scenario. They are standing up for what is right, but they are doing it on platforms which are doing what is wrong, thereby allowing their truth to be hijacked for the benefit of Big Tech. I know many creators create for a small share of ad revenue, but the majority of it goes to the very platforms trying to inflict a subtle but very effective tyranny upon the people.

Anything we do which helps them maintain their user-base is counter-productive.  Being on their apps and allowing ourselves to be their products to advertisers is complicity in their actions.

There is a dangerous trend spreading throughout the world and being acquiesced to by a large number of people.  I would argue it amounts to a human crises.  The acquiescence is continuing to use those platforms,

I’m talking about the censorship which is being enforced by almost all mainstream, alternative, social, and practically all user-generated content and media platforms.

They are creating a situation where the people of the world are being blocked from accessing information and from the ability to hear all sides of a story and make their own judgments. The power to censor an entire country is a power we should not allow the tech monopolies to exercise. It is wrong on so many levels, the most important being the precedent we are allowing them to set.

And while many quote Trotsky and condemn acts which are designed to narrow the parameters of the debate, a fact we need to realize is that we ourselves are narrowing the debate. For example, we are voicing our opposition to the censorship of speech on those platforms, but nobody ever debates the wisdom of even using the apps which are censoring the information. If we do not learn to exercise our boycott power, the tech monopolies will continue to treat us like children, with confidence that they are too entrenched in our lives for us to uninstall and stop using their apps.

We need to unite in a mass-boycott against all these platforms and replace them with a user-owned platform.

For the entire month of March, all articles submitted expressing any perspective on the war or other important issues of our day which would be subject to censoring by any of the large tech companies will be promoted by Wikacy as vital and important discourse on subjects being suppressed in the general public and the mainstream media.

If they would censor it, we will promote it.

Write your article today and help us raise small voices.  Help us hold the big tech companies and government accountable by lowering their user-base, convincing people to only use apps which promise not to censor, and by choosing to write on the only app truly created for the people and for liberty.