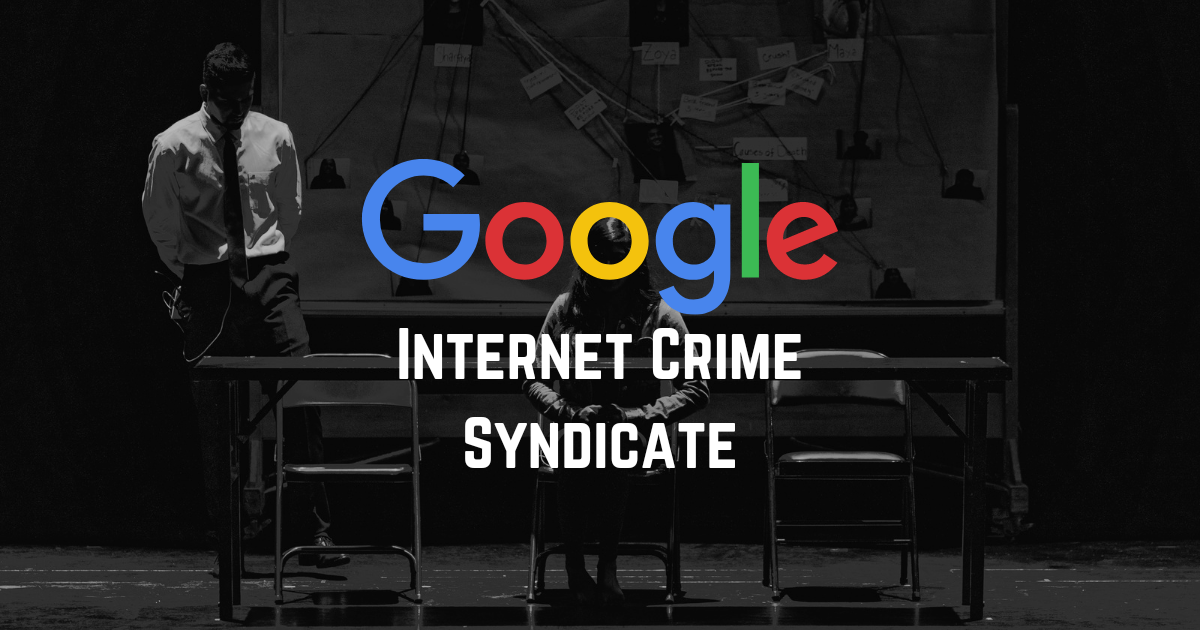 Internet Crime Syndicate Google (Alphabet, Inc) has built a lobbying empire over the years which would rival the military industrial complex.

But wait! There is evidence that Google has its dirty hands into much more than internet services and mass distributed legal spyware, such as their recent acquisition of a newly discovered technology for advanced URANIUM ENRICHMENT, together with a NUCLEAR POWER PLANT. The official story – alternative energy, of course. But for some reason they decided to build this plant outside the United States. They have yet to disclose the location, though they confess the plant exists. Will you hear about this in the so called “news?” Oh, wait. They pretty much own that industry as well, and control all news distribution.

This internet cartel has bought it’s way into many industries, including medical technology, such as the tech used to create trackable vaccines, which conveniently boomed during the COVID 19 “pandemic.” They say if you want to find the true culprit in any crime, follow the money.

Add the fact that Google’s AI data mining monstrosity known as “BORG” knows everything which happens around the world, the moment it happens, and you will find the best candidate for the long prophesied world dictator which so many believe will set up a global technocracy.

A scene in the top office of Google Headquarters looks like an apocalyptic film in and of itself. The office is dimly lit. In the center of the room is a holographic globe emitting rays of proximity lasers every time there is a search conducted on their flagship product, Google Search. Behind this model of our planet, the murderous face of Hal (the AI robot from 2001: A Space Odyssey) bends his neck around to tell the CEO something important which it has learned is about to take place.

Hal is the voice of Borg, the super AI computer who reads, grinds, calculates, and predicts everything, whispering into the ears of the CEO some matter which it feels should be addressed in order to further their plan for world domination.

I first began to research Google after a dream I had one night. I wrote the story of the dream on our blog, if you ever want to read it. It is called “Where Wizard’s Rule,” and it tracks the attempts of a small group in the near future to launch balloons which could bring an independent “alternet” signal to the few free human beings who were left. They were living in a time when the entire world was ruled by Google, who had deployed millions of machines to inflict and enforce their laws. All people were forced to receive a surgically implanted chip which linked to Google’s system. It was the droids deployed by Google who performed the implants, and killed anybody who refused.

The dream settled so heavily on me I could not forget it. I began to research everything about Google, and what I have found is scarier than any horror movie I have ever seen.

Heed my words. Google is the most dangerous threat humanity has ever faced.

ShareTweetSharePostSharePin It!
chevron_left The Queen’s Decision
And then, this happened in the classroom… chevron_right