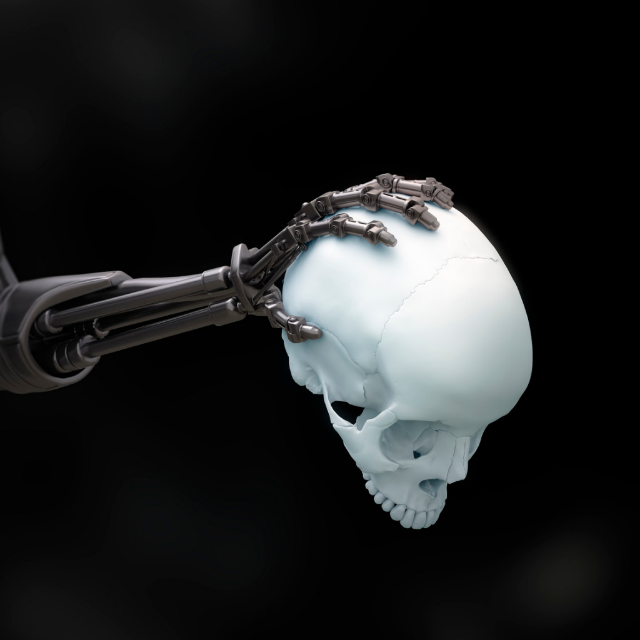 Once upon a time in a little town called Stuart, Florida, an amazing thing happened. I will never forget the look on those cop’s faces when the jury returned a “not guilty” verdict on a man who had been falsely arrested, beat up, and imprisoned for over a year.

The most amazing thing was, this man had no education whatsoever. Everybody laughed at him when he told the judge he was going to represent himself. Judge Larry Shack, the Circuit Court Criminal Felony Judge of the Nineteenth Judicial Circuit, always gave the same speech. The bailiff knew it well, and could be seen lipping it while the judge was delivering it, yet again.

“Son…” the judge was saying. “I have been a circuit court judge now for over forty years… and it’s my job to make sure you are making an informed decision when you say you want to waive your right to counsel.. ” Papers could be heard rustling at the desk of the assistant state attorney, a middle-aged woman and die-hard crusader named Vicki Nichols. She was pretty much wrapping up the case, in her mind. Just another fool trying to be a lawyer because his conspiratorial mind won’t trust the public defender, she assumed. She had seen it a thousand times. Might as well prepare the sentencing paperwork, she thought — and that is what she was doing as the judge went on, monotone…

“And in all those years of trying cases, do you know that.. ” a brief pause as the judge flipped over a paper with one hand and slipped on his spectacles with another.. the slight ticking of the court reporter falling silent for a brief moment as a few spectators cleared their throats. “Wow, four-hundred! You will be four-hundred-one, if you insist on proceeding against my advice. Four-hundred defendants have represented themselves in my courtroom during my tenure as a judge.. and do you know how many of them were convicted?”

He paused again, pretending to give the defendant a chance to answer, then continued, as the bailiff lipped along in the background, tilting his head as he waited for the next words of the speech he knew all too well.

“That’s right, four-hundred. Every single one of them were convicted. Son, are you absolutely sure you want to represent yourself?”

The defendant was a pitiful sight to all present, spectators and the rest. He could hardly even speak. “Y, yuh, yuh.. yus sir,” he stuttered, face as red as a cherry. The usual courtroom staff wore smerks, while the normal people cringed.

It was hard to watch. I felt real bad for the guy, standing their in his orange jumpsuit.

I had come to the courthouse that day for jury-duty — not for this case, but for another. I had been excused from serving my duty to society for being too biased — the state attorney in that case felt I would be too sympathetic towards the defendant. I had only stopped in this courtroom to listen.

Although I wasn’t chosen, I had kind of looked forward to serving, simply for the entertainment. When I was excused, I decided to stop in this courtroom to see what this case was all about. At this point I was glad I did. I’m not sure what it was, but something about this kid made me stick around to see what would happen.

I watched with intrigue as the man stumbled through the process of waiving his rights to an attorney and handling the pre-trial. When it came to vior dire, the judge asked him if he had any family who could bring him a suit for the trial. The man stuttered again, face turning red as he shook his head back and forth. “Son, I’m going to need you to speak your answers into the record from now on,” the judge admonished him before calling for a recess.

At this point, I felt horrible. I decided I would try to help find the man a suit to wear. On my way out, I asked the security guard if there was a thrift store within walking distance. He told me about a little consignment shop downtown, and I hurried down the street to see if they had any second-hand suits.

I found the consignment shop tucked into a little plaza toward the end of 1st Street. The sign on the door had a drawing of a wizard’s cap with white wings attached, like the cap was flying. Under the cap were the words “Wizard’s Closet.” When I walked in, the room was dark and quiet. It looked as though nobody had visited this shop for a long time. A television could be heard in the back corner. After about a minute, an old man appeared from a back room.

“Do you have any second-hand suits,” I asked.

The old man raised his eyebrows. “Ahh, I see.”

“It’s not for me,” I explained. “I’m trying to help a poor guy at the courthouse. He is about to represent himself in an orange jumpsuit. I don’t think he has any family.”

The old man looked me over for a few seconds, then smiled. His cheeks glowed in an unusual way, and I could tell he understood. “I have just the thing,” he said. “Follow me.”

I thanked the man and followed him into the back room, where he retrieved a blue pinned stripe suit, complete with shirt, tie, and pair of black alligator shoes. The suit looked very expensive, and was in excellent condition. The shoes were immaculate. “Oh, I couldn’t possibly afford this,” I said.

Astonished, I took the suit and looked it over, glancing at the old man as I opened the left breast of the jacket. Just under the pocket was a personalized embroidered name tag. “G.R. Reckart, E.S.Q.,” I read aloud. “Wow.”

“He was an excellent attorney,” the proprietor said. “And a friend.”

“Thank me later,” he replied with a warm smile. There was a strange glow in his eyes.

I hurried back to the courtroom and gave the suit to the bailiff. “This is for the young man representing himself,” I said. The bailiff took the suit and thanked me, then I returned to my seat and pondered the strange old man from the consignment shop.

About 20 minutes later, the court reporter and state’s attorney returned to the courtroom. Moments later the bailiff entered. “All rise,” he commanded, then announced the judge as Larry Shack entered the court.

The judge took his seat behind the bench, then nodded for everyone to relax and take a seat. “Bailiff, we are ready for the defendant.”

When the defendant entered the room, I could not believe my eyes. He did not seem like the same man. The suit fit him perfectly, and his shameful countenance was replaced by a polished confidence. His hair was now neatly combed, and he wore a pair of black, wire rimmed spectacles, which made him look very sophisticated. He now carried a folder, which he promptly placed on the table, then neatly retrieved and organized it’s contents, as though he had done this a thousand times.

I watched in astonishment as this young man graced the voir dire process with the utmost professionalism. Everyone in the courtroom began to treat him as though he were a prominent lawyer. Gone were the smirks and the giggles. The contempt everyone had shown him only an hour ago was replaced with respect and admiration.

As he presented his questions to the potential jurors, he did so with polish and skill, excuberating confidence and grace. The jurors loved him, the judge began to treat him with respect, and the spectators were cuffing their hands and commenting to their neighbors at every pass.

When voir doir was over, the judge called a short recess, announcing that the trial would begin at 3:00. I took the time to grab some food, which I ate while watching the ducks play in the little pond behind the courthouse. I pondered the drastically noticeable difference in the boy, the strange old man at the consignment shop, and the name tag on the suit. My mind began to wonder. No, I though. It couldn’t be…

When I returned to the courtroom, I saw a news crew and reporter speaking to the state’s attorney. The camera man had his camera trained on Vicki Nichols. “The Fourth District Court of Appeals reversed this case due to what we see as a technicality, so we must be careful to make sure the conviction sticks this time…”

That was how I learned this was a second trial. The boy had been represented by the public defender during the first trial, and everyone knows how busy and overworked pro bono lawyers can be. While the state blamed the reversal of the conviction on a technicality, I began to wonder whether they had missed something, and whether this man was actually innocent.

I listened as the state attorney summarized the case. The defendant had been sentenced to 30 years for battery on a law enforcement officer and escape after losing the first trial. He had filed his own appeal, and had won. The Fourth DCA remanded the case for a new trial, and the defendant had decided to represent himself.

While the state attorney emphasized her commitment to convicting the defendant, the reporter noticed the real story. “He represented himself on the appeal,” she whispered to her camera man. “Now he is representing himself at trial.” I wasn’t surprised when, after finishing with Vicki Nichols, the reporter and camera man decided to stick around for the trial, taking a seat just behind me.

The rest of the trial was an event which will forever be imprinted in my mind. From opening statements to closing arguments, the defendant represented himself with the skill of an experienced attorney, won over the jury, and discredited the testimony of the two police officers with ease. I felt like I was watching an episode of “Perry Mason” as the defendant exposed the contradictions in the state’s case. The jury returned a not guilty verdict after only about 15 minutes of deliberation.

The court entered a Judgment of Acquittal and ordered the defendant released from custody. Done with my good deed of the day, I drove home.

The next morning I awoke and retrieved the newspaper from my front patio. As I opened the paper, I couldn’t help but smile when I read the headline…

Based on a true story. Names and places have been changed, but the story really did happen.

***
Disclaimer:  Wikacy allows writers to monetize stories with ads.  The author of this story may earn a commission should you visit any of the promotions on this page.  Thank you so much for coming! ShareTweetSharePostSharePin It!
chevron_left The Elfstone Journey
Encounter with a Wizard chevron_right