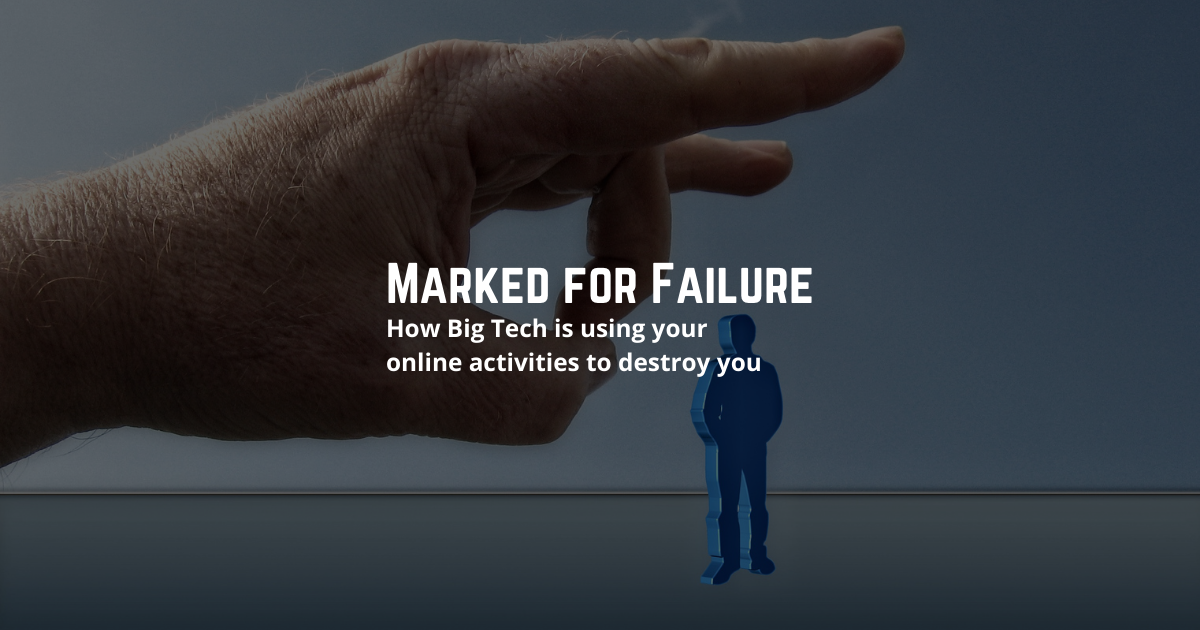 If you have voiced your political opinions on any major app, you are now marked for failure.

Institutions are already secretly giving every citizen an “environmental, social, and governance” score.

What was once a rating metric reserved for businesses and lenders – the ESG score – is now rather alarmingly coming to individuals as well. These attempts at “convergence” of tracking and evaluating people and business entities is by no means unique or new, but if reports are to be believed, it is gaining momentum – while private citizens seem to be largely oblivious to it.

The score is now being used by platforms such as Facebook, Youtube, Rumble, Twitter, Vimeo, Patreon, LinkedIn, and any corporate-owned media platform to preemptively censor accounts.

Adoption of this universal censor-list was spearheaded by Sovrn Publishing, and it is now being used to suppress websites and apps from search engine results and many other avenues of online discoverability.

Google Play Store has gone so far as to completely disable the share button on any apps which do not align with their political agenda, and Youtube is planning to disable all sharing capabilities in their next release.

Paypal, Albert, Venmo, and Stripe are refusing to process credit card sales, and online funding platforms such as GoFundMe are disabling and, in some cases, seizing all the funds of accounts on “THE LIST.”

Google is refusing to pay blogs funds generated from ad-monetization, denying verification on Google Cloud Platform, and sometimes completely removing apps from their app store, such as what they did to Parlor.

I know, I know. These apps and platforms have ingrained themselves into our lives. Of course they have! And the only way to un-ingrain them is to uninstall them, delete them, and make a conscious choice to use an alternative, the very apps they are censoring and suppressing — the apps fighting for your liberty!

Or, have fun on the Big Corporate Apps as you help them implement tyrannical rule on all people.

“The second beast was given power to give breath to the image of the first beast, so that the image could speak and cause all who refused to worship the image to be killed. It also forced all people, great and small, rich and poor, free and slave, to receive a mark on their right hands or on their foreheads, so that they could not buy or sell unless they had the mark, which is the name of the beast or the number of its name.”

Liberty dies with resounding applause. Or, in this case, with many “likes” and “follows.”