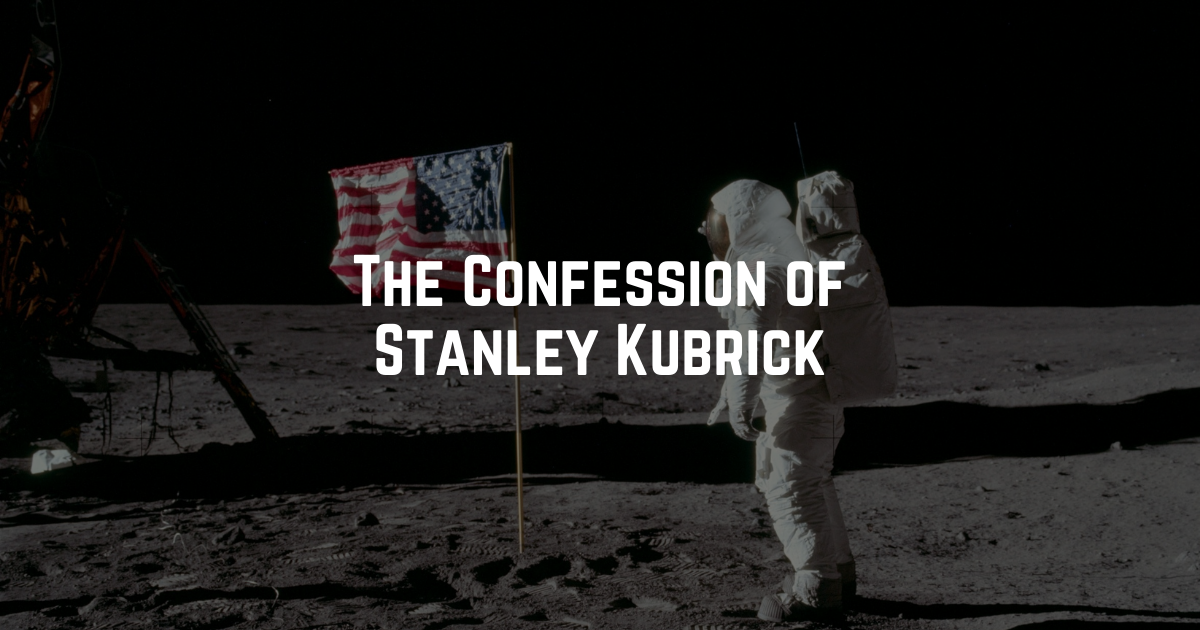 Stanley Kubrick left clues in The Shining that he was indeed involved in the big government hoax.

Stanley Kubrick planted many clues to the moon landing in The Shining.

The Shining is one of the most popular horror films of all time. The story of the film revolves around Overlook Hotel, where a struggling writer descends into madness over the course of the winter; but apart from the performances and the plot progression of the film, another notable factor which has kept researchers interested in the film is the belief that this was Kubrick’s way of confessing his involvement in the Apollo 11 moon landing hoax.

The theory begins with Kubrick’s 1968 film 2001: A Space Odyssey that released just one year before America claimed that they had landed their first manned mission on the moon with Neil Armstrong and Buzz Aldrin.

2001: A Space Odyssey released one year prior to the moon landing, leading many to believe that Kubrick was probably involved with the plot to perpetuate this fraud on the world. Various documentaries have pointed out inconsistencies in the video that has since become a historic moment for most of the world, when two astronauts stepped out of Apollo 11. Questions like ‘Who shot the event from outside the capsule?,’ ‘How is the American flag waving?,’ ‘Why do the shadows look like they are the result of multiple light sources?,’ ‘Why is the letter C visible on one of the rocks? (which looks like a prop on a film set)’ have all kept sincere people doubting the authenticity of the event for decades.

And with The Shining, they believed they got their answers. Since Stanley Kubrick had already shot 2001: A Space Odyssey, it was believed that he was hired by the American government to shoot the fake moon landing.

But how does The Shining come in the picture?

There are multiple clues in the Jack Nicholson starrer that point to the fact that Kubrick shot the moon landing and this was his way of confessing it. In the 2012 documentary Room 237, these clues were deeply examined by Jay Weidner.

The Overlook Hotel, where the events of The Shining take place, is seen as the representation of America. In the beginning of the film, we are told that Overlook Hotel stands on an Indian burial ground. The manager who meets with Jack has an American flag on his table with an eagle looking over them. This is taken as a nod to the ‘Eagle’ which was the name of lunar landing module that carried Apollo 11. It is also assumed that Overlook Hotel represents America with its long brutal history.

The scene that begins from this shot is seen by conspiracy theorists as Kubrick’s confession. In a shot taken from above, we see Danny playing in the corridor on a patterned carpet. The pattern of the carpet is the exact pattern of the Appollo 11 launch pad.

Danny’s Apollo 11 sweater has become iconic mainly due to the fact this moment represents the fake mission. Danny eventually rises up from the carpet, and he is seen wearing a sweater with a rocket with the text Apollo 11. This is seen as the big clue that Kubrick is indeed talking about his involvement with the ‘fake moon landing’ project.

Since Stanley Kubrick changed the Room No from 217 to 237, it is believed to be another clue. As Danny rises up from the carpet (seen as launch pad) wearing his sweater (Apollo 11), he enters the dreaded Room 237. In the book, the room number was 217, but it is widely believed that Kubrick changed it to 237 as the distance between the Earth and the moon is roughly 237,000 miles.

Jack’s writing is proof of his slipping consciousness, but this is believed to be a hint at Appollo 11. In a pine-chilling scene, the audience, along with Jack’s wife, discovers that all his writing comprises of one sentence written over and over again – ‘All work and no play makes Jack a dull boy’. While it’s kind of a long shot, theorists believe that the ‘All’ actually signifies ‘A11’ i.e. Apollo 11.

Doubt of the authenticity of the moon landing started as soon as America announced its success. This was also a big win for them, as USSR was winning the space race during the Cold War. John F Kennedy had announced in 1962 that they would put a man on the moon before the end of the decade; and many see this as a strategy for saving face in the space war.

With the 1977 film Capricorn One, the theory got more steam as the plot of the film revolved around the government deceiving the American public into believing that they had landed a manned mission on Mars.

There are plenty of theories that point to the fact that Kubrick confessed through The Shining that he was indeed involved in the big government hoax.

Another interesting fact is from Arthur C. Clarke. In a prologue to 2001 written years later, Clark describes the scene when Kubrick approached him and asked him to write a space story. A reading of this prologue seems to suggest Kubrick was being asked to help prepare the minds of the public, and that this request came from someone of great authority.

Help us test our new beta app before release and become an owner!