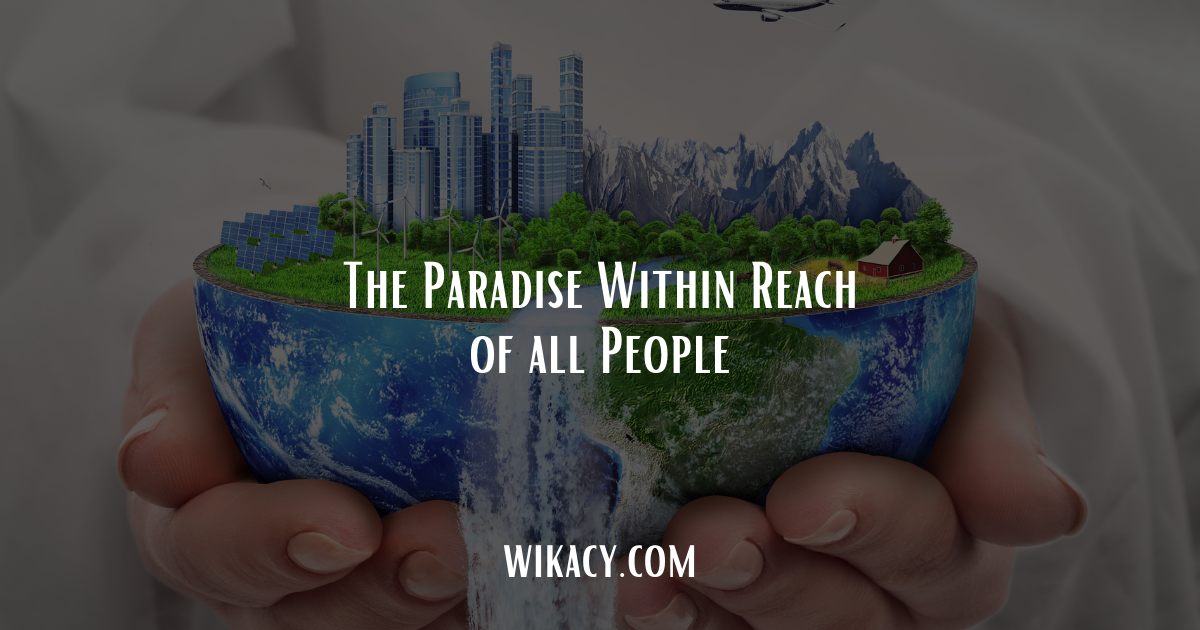 In 1833 in Pittsburgh, John Adolphus Etzler published his best-known work, a prospectus titled The Paradise within the Reach of all Men. It outlined detailed, visionary plans to harness the energy of wind, water and sun to benefit mankind.

Of course, contemporaries of his day dismissed him as a “technological utopist” who advocated “British Socialism.” But this is no surprise, because his detailed book outlined the most viable plan for world sustainability of all time.

Plans which would make the financial empires of all time obsolete and irrelevant.

“I promise to show the means for creating a paradise within ten years, where every thing desirable for human life may be had for every man in superabundance, without labor, without pay ; where the whole face of nature is changed into the most beautiful form of which it be capable ; where man may live in the most magnificent palaces, in all imaginable refinements of luxury, in the most delightful gardens; where he may accomplish, without his labor, in one year more than hitherto could be done in thousands of years; he may level mountains, sink valleys, create lakes, drain lakes and swamps, intersect every where the land with beautiful canals, with roads for transporting heavy loads of many thousand tons, and for travelling 1000 miles in twenty-four hours; he may cover the ocean with floating islands moveable in any desired direction with immense power and celerity, in perfect security and in all comforts and luxury, caring gardens, palaces, with thousands of families, provided with rivulets of sweet water; he may explore the interior of the globe, travel from pole to pole in a fortnight; he may provide himself with means unheard of yet, for increasing his knowledge of the world, and so his intelligence; he may lead a life of continual happiness, of enjoyments un- known yet ; he may free himself from almost all the evils that afflict mankind, except death, and even put death far beyond the common period of human life, and. finally, render it less afflicting : mankind may thus live in, and enjoy a new world far superior to our present, and raise themselves to a far higher scale of beings.”

I encourage all our members to look deeply into this book. It truly is wisdom manifesting itself long before humankind was mature enough to even contemplate the proposals contained within.

The current Zeitgeist Movement together with the Venus Project are attempts to actualize many of the ideas for world sustainability outline by Etzler in 1833. Unlike then, we now possess the technology to make it happen, and are only hindered by the financial motives of our current structure.

But with enough critical mass, we can move the world towards a better future for all people.

I have embedded a preview below, as well as a link to purchase it from Amazon or Google Books.