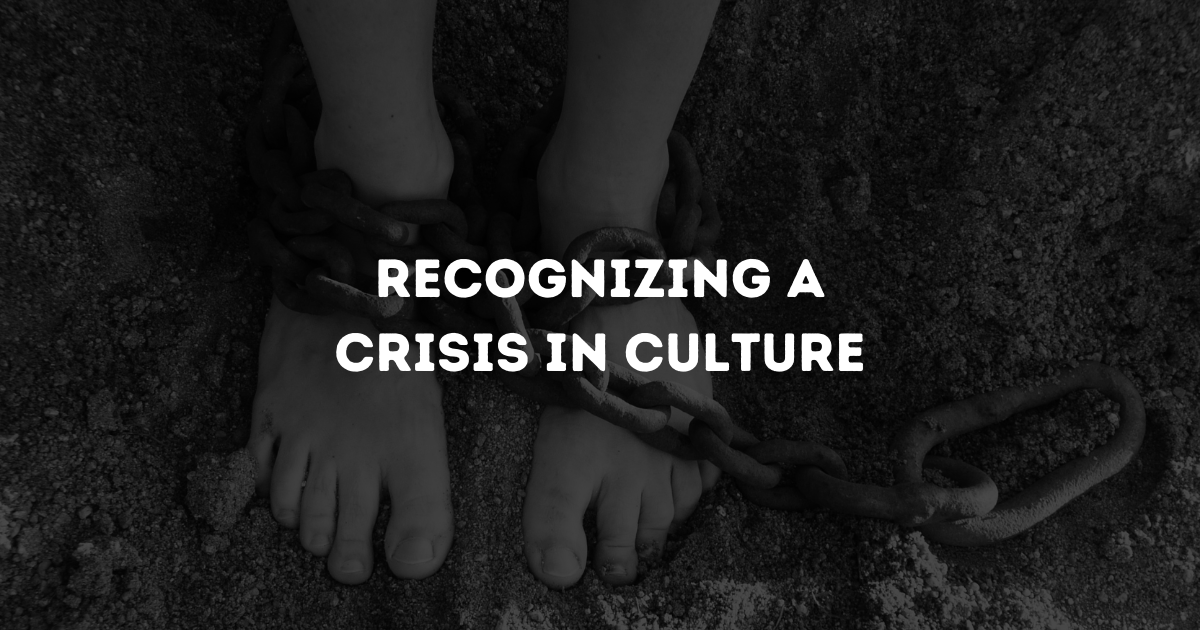 The truth is encrypted in the works of Wikacy

From Wikacy’s Search for Self: An Introduction, by

I was introduced to the works and life of the Polish dramatist, aesthetician, and philosopher, Stanislaw Ignacy Witkiewicz — more commonly known as Witkacy (1885-1939) while attending the summer program of Language and Culture at Uniwersytet Jagielloński. After witnessing Tadeusz Kantor’s adaptation of various Witkacian figures in the play, Witkacv’s Demonic Women, I became so fascinated with this enigmatic figure that I decided to turn my full attention to his works for this present study.

The following year I returned to Poland to continue my research. After a preliminary one-semester Polish course, I decided to go to Zakopane to visit Witkacy’s home, Willa Witkiewicza, where he spent the last five ears of his life. Wandering the streets of Zakopane, including the famous Krupówki street, I found traces of the Witkiewicz family everywhere, primarily in the Zakopane style house, created by Stanislaw Witkiewicz (Witkacy’s father), and even a street named after the eminent architect. Unfamiliar with the small town, I began my quest for the Witkiewicz Villa, putting my primitive Polish to use, As I seemed to draw closer to the Villa, I asked an elderly gentleman, “Gdzie jest Willa Witkiewicza?” He responded that I ought to continue straight ahead. I proceeded only to observe that the road was a dead-end, a wooden fence clearly marking the borders. Looking back at the man for some clarification, he indicated utilizing the always helpful universal sign language that I should hop over the fence and continue straight ahead. So, I continued down the road, hopping over the fence through someone’s private property and up a small yet steep hill.

At the top of this hill, I came to a large open field, where the beautiful Tatra Mountains suddenly popped up, as if they had been lying in wait to surprise me. After my amazement subsided, I observed two people standing in the middle of this open field waiting at a bus stop: One an elderly woman carrying two bags of, what seemed to be, groceries; the other a young man holding a long slender tree branch. I found it to be a rather strange scene that two people were apparently waiting for a bus in a place, where, as far as I could gather, a road did not exist. Sensing a close proximity to the Witkiewicz household, I asked once again, “Where is the Witkiewicz Villa?” “Straight and to the right,” the young man replied and added, “and there it is.” A few minutes later, I finally arrived at the gate of Witkiewicz Villa Similarly, the road to the life and works of Witkacy is not a usual one. It is marked by surprises and unexpected beauty; one must not only take the road less traveled, but the road not traveled at all, hop over spatial-temporal fences, and recognize absurd situations as commonplace. In this way, the reader is able to gain access into this world of the fantastic, where “art, philosophy, love, science, society [are] one huge mishmash” [1].

The career and life of Witkacy was one of frustration, loneliness, negative criticism, and continuous misunderstandings of his philosophical theories. His artistic output was enormous, including dozens of dramatic works, three novels, numerous philosophical treatises, and hundreds if not thousands of formist and portrait paintings, but he did not emerge as an influential artist until after his untimely death in 1939. However, time soon proved his enigmatic work to be prophetic not only regarding the catastrophic future of Europe, but also regarding his own “resurrection” after his death. He wrote the following inscription on one of his paintings: “For posthumous exhibition in 1955.” In 1956 the famous artist/director Tadeusz Kantor staged The Cuttlefish (Mątwa) at Crikoteka II, becoming the first post-WWII director to stage one of Witkacy’s dramas. After this production, the rediscovery and reassessment of Witkacy was underway. Arguably, the most important event in his reassessment occurred in 1962 when all of Witkacy’s extant dramatic works were published in a two-volume set, including the interpretive introduction by Konstanty Puzyna, marking the seminal synthetic approach to Witkacy’s work. This was a significant paradigmatic shift in Witkacy research from the fairly standard approach of placing Witkacy amongst the formists. Puzyna emphasized a broader context of the dramatic work paying particular attention to the writer’s preoccupation with social development as reflected in his (and Europe’s) turbulent experiences of the first half of the twentieth century.

Puzyna and subsequent researchers have clearly demonstrated that although Witkacy’s most productive years are co terminal with the interwar years (1919-1939), and, therefore, coincide with the Polish avant-garde, he cannot easily be classified within any of the numerous avant-garde trends of his day, such as formism, futurism, the Krakow avant-garde, and the numerous other art “programs” that arose. He did share, however, some similarities with the avant-garde art and literature of his day. Not only was he, like many of his contemporaries, an innovator exploring unique subject matter (even incomprehensible to some), but also he joined the others as destroyers, levelers, abandoning traditional methods and techniques, particularly in the theater and dramatic literature. These general similarities notwithstanding, Witkacy distinguished himself from the avant-garde; but this requires a bit more explanation about the unique historical and cultural climate of Poland at that time.

The avant-garde movement was brimming with hope in 1918 as it was liberated from the political, social, and moral concerns that predominated in the earlier periods of Polish literature, i.e. Romanticism, Positivism, and Young Poland. However, due to increasing economic and political instabilities, the writers altered their views and adopted a more critical stance, turning to “catastrophic” literature marked by either apocalyptic or humorously satirized visions of things to come. Witkacy was no different as most of his plays and novels take place against a background of a revolution preparing the way for the creation of a (dis)utopian society. While Witkacy and his contemporaries viewed the coming social and political revolution with absolute dread and horror, Witkacy was unique in that he viewed this revolution as a socially just and legitimate phenomenon. However, for Witkacy, the process of social progress comes at a very high price: it induces a progressive entropy of the spiritual energy in the individual. Witkacy, unlike many of his contemporaries, recognized this crisis of humanity and culture beyond the borders of Poland. It was a gradual process extending far beyond single immediate changes in power structures and social relations of any one given country. Witkacy attempted, within the framework of artistic constructions, to confront the cultural situation in all its complexity by examining the notion of the identity of self in its relation to the world (the one and the many).

Another defining feature of Witkacy’s work, as opposed to other writers and artist of the period, is his emphasis on experience. Experience, Witkacy maintained, was inextricably connected with the critique and the origin of the work of art. As a result, he defined art as a temporal event where the structure of being can be experienced and, at least momentarily, revealed in all its Mystery. More precisely, this experience of the work of art reveals a microcosm of his philosophical conception of the one and the many: the problematic notion of the identity of self This is a radical departure from the predominant conceptions of art in the Modernist period — “art for art’s sake”, formalism, art as a sector of culture, and artwork as commodity.

My dissertation, “Witkacy’s Search for Self: Identity, The Work of Art, and Death,” explores the work of Stanisław Ignacy Witkiewicz in the context of his appropriations of dominant aesthetic and philosophical movements of his time. I approach the artist’s life, philosophical and artistic endeavors as a constant search for what he and many of his contemporaries described as an identity of self. Thus, my dissertation necessarily intersects several domains, including philosophy, aesthetics, drama, and also modernist and postmodernist dramatic theory. Out of the various mediums, I explore Witkacy’s world-view, which clearly discerns unique human values manifested in the domains of religion, art, and philosophy, where an individual experiences the frisson or disruption of what Witkacy calls the “Metaphysical Feeling of the Strangeness of Existence.” This feeling arises out of the experience of (or confrontation with) the ineradicable estrangement between the “I” (identity) and the “Not-I” (difference). As a result, this metaphysical fracture causes both an awareness of the uniqueness of personality — an occasion to rapture or wonder  and an awareness of the horror of being differentiated. The result of this experience is a problematical search for a stable identity of self, because, as a deconstructive reading suggests, an individual must attempt to establish a stable self through both identity (what it is — “I”) and difference (what it is not — “Not I”). Whereas Witkacy’s theoretical explorations attempted to delimit the structures of Being — he enumerated a series of “antinomies” around which the self was structured  I argue that his dramatic and literary aesthetic demonstrates that this series of antinomies is irresolvable, inseparable — incapable, that is, of “stabilizing. Furthermore, while this mystery of the horror of existence, this estrangement between the “I” and the “Not I” cannot be represented or explained, it could, for Witkacy, be experienced. For this reason I move beyond Witkacy’s theoretical work to his creative endeavors: the work of art and select dramatic works, which must be viewed in a broader context than his ontology as a forerunner to deconstruction and postmodernism: by experiencing human life as fate, adventure, play, infinite possibilities, and, ultimately, the impossibility of establishing a stable identity. I explore all of these concepts by examining his unique theory of Pure Form in the theater and painting as opposed to the other avant-garde theories of the first half of the 20th century, as well as recurrent themes found in his dramatic works which emphasize parody, indeterminacy, androgyny, and most importantly the concept of death – not as an irrevocable finality but as a movement beyond binary oppositions into what Levinas called “in between time” (1entre temps).