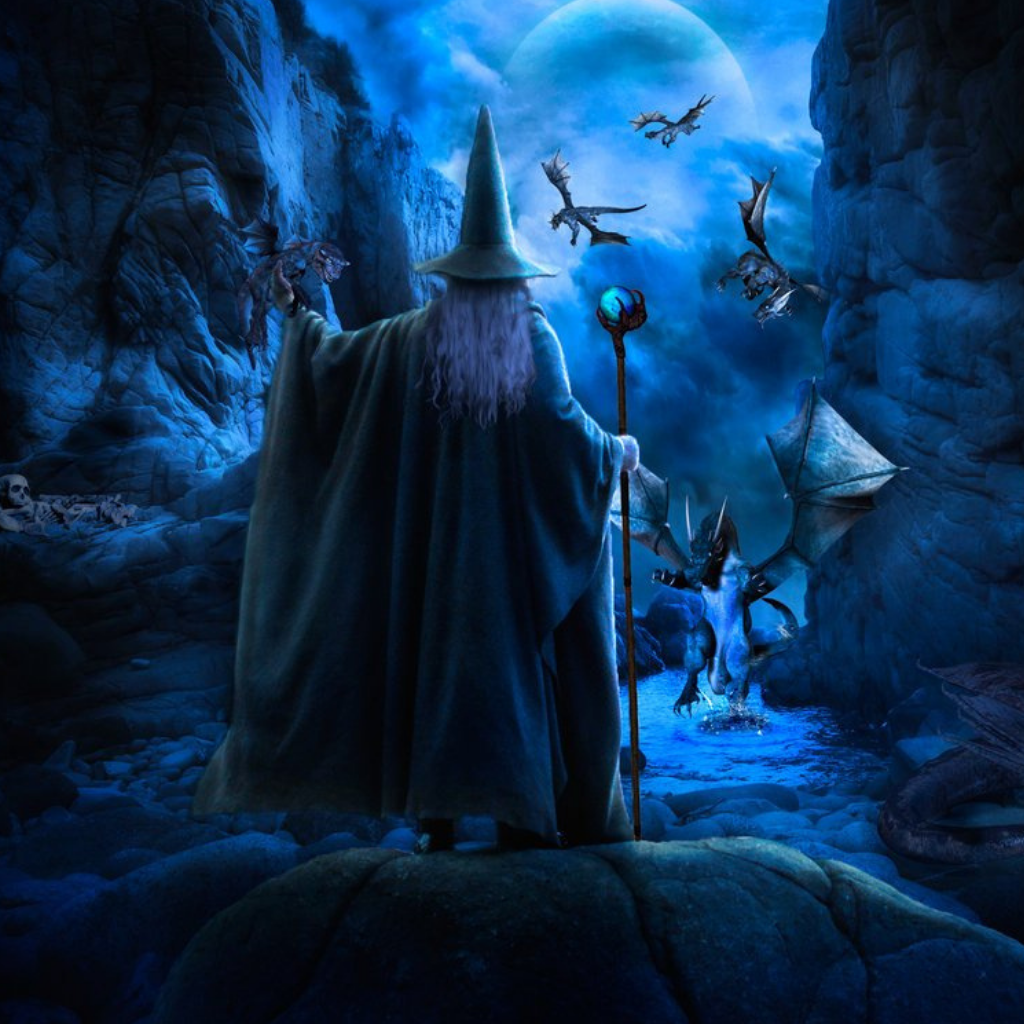 Axolotls avoid humans at all costs.

But this was no human.

His eyes smiled at them; and his proud, yet inviting face bade them to come closer. In this instant, Teshi and Axol knew who he was, and their thoughts were on their father. Nanna was not crazy, after all. The Traveler was real.

And he was here.

It was not necessary for him to say “Do not fear,” for there was no fear. They barely heard him, so busy their hearts were in reconciling dream from reality. When they were younger, their minds had been consumed with thoughts of their father, being filled day and night with the memory of his name. “Your father is not in heaven,” old Nan would say, then point to the stars and add, “he is up there!”

‘Up there’ was what old Nan called outer-space, the realm of the stars. She was the oldest axolotl on the island, she would always remind them; and she knew the entire history of their settlement. “Used to be,” she would say, “we all knew where we came from. But, after a while, as the younglings grew and the years passed, we gradually forgot our history.”

“We are not the same as the others — the ones you kids see swimming at the reef. We are special, and we were made special by the Story Traveler.”

“The Story Traveler came to our planet a long, long time ago. He chose a remnant of every species on earth and gave them special abilities, making them far more advanced and intelligent then others. He did this with the humans, too! Did you know there are humans who are special, like us?”

“Nobody knows the reason for it, or why we were chosen, but the earliest axols said that, one day, the Traveler would return, when the fullness of time has come.”

And now, as he beckoned for them to enter the temple, the two siblings moved slowly, as if in a dream. Teshi glanced behind her to make sure Skipper was there. He was, and he was following them, his walnut eyes as wide as when he had seen the mermaids.

Axol stepped inside the temple first. “Are you the Story Traveler grandma told us about,” he asked.

His voice was smooth and sincere, and, like the voice of the mermaids, it had a musical tone to it, yet it was solid, and strong. The old wizard looked upon the face of the young axolotl with a warm smile, and seemed to bask for a moment, as if he was reuniting with an old friend, absorbing the feeling of seeing one he had longed to see for a great while.

Axol blushed as his eyes returned the wizard gaze. Teshi was fixed. For the first time in her life, she was glad to let her brother do the talking. If she could have spoken, her mind was far too cloudy to think of anything to say. Long were the days when her sympathy for her younger brother caused her to do everything in her power to protect him from false hope.

Wild belief in old tales, and hopes of their fathers return, had only caused his heart pain. And it caused her pain to think he would one day give up hope, so she had kept a careful balance, never discouraging, but neither encouraging any grandiose dreams of destiny. Now, the strong wall she had built around her family still stood. Her eyes beheld what was now before them, but her heart had not yet settled, therefore, with her guard still high, she stood and watched.

The old wizard stood before them with his arms held aloft. “I am sure you have a thousand questions for me,” he said. “Do not trouble yourselves, little ones. I know the contents of your hearts, and I know your father. Sit, now, and rest your minds for but a moment, and I shall tell you the whole story.”

The Story Traveler stepped to his right, and the three axolotls could now see a table, in the center of which was a white candle, and it was lit. It was held erect by a round, golden object, unlike any candlestick holder they had ever seen before. There were four chairs at the table, and he beckoned for them to sit…

The congregation outside the temple sighed as the light which had drew them began to dim.

Inside, the axolotls now sat at the table with the human-like figure; but the dimming of the light outside they noticed not, because the light of the Wizard’s staff now concentrated upon the table, causing the flame of the candle to adopt the sapphire glow which had emanated from the water and pierced the trees upon their arrival. But this occurred, it seemed to the axolotls, with no prompting from their visitor, who was now leaning upon his staff, watching his guests settle into their seats.

And then the light of the staff faded, but the candle remained ablaze with a blue flame; and then the Wizard, too, took his seat. As he looked upon the faces of his guests, his eyes became moist, then a single tear rolled down his cheek.

“Pardon me,” he said, as he forced a smile. “This will be the first time this story has ever been told. I must bask in this feeling, for just a moment.”