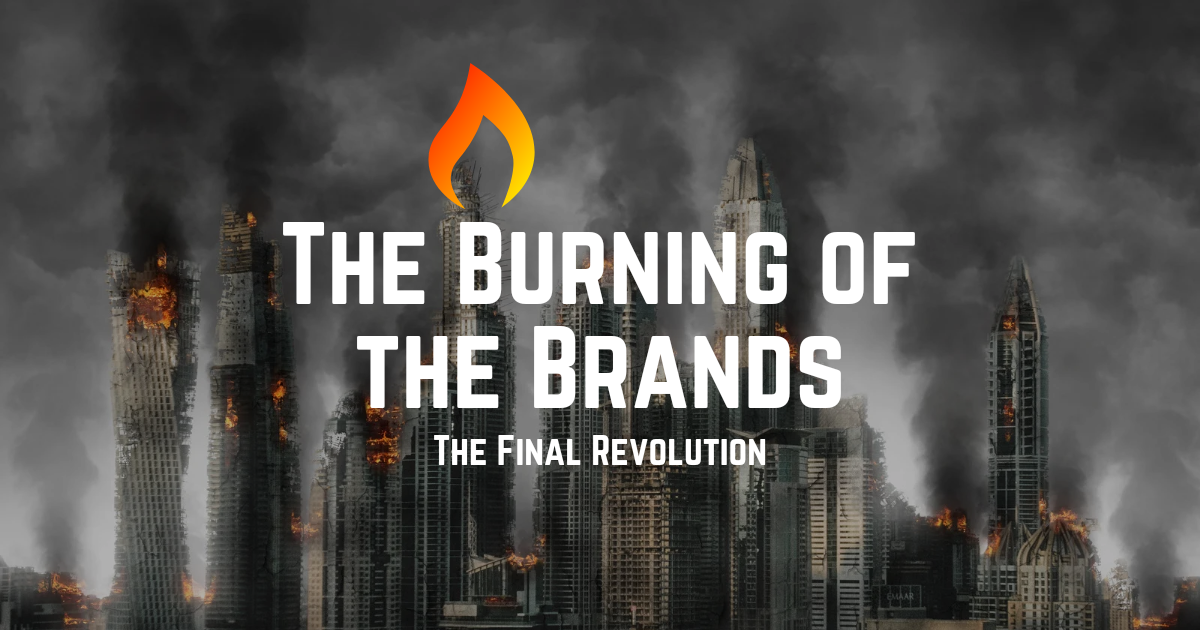 The day will forever go down in infamy.  It was the day the people finally threw off that ancient system of injustice which had enslaved them for so long.

On July 4th, 2030, the free people of the world united to rid the world of those fictitious persons which had, until this day, been advertised on the sleeves, the heads, and the backs of all people, the people who had been their willing slaves, and by which the tyrants of the world had plundered the wealth of the nations and seduced the multitude of ignorant enablers.

The people finally came to see them for what they were and stormed every capital of the world in vehement rage until they were but a bad memory, stomped into ashes and dust into the bloody pages of history.  And with them out of the way, with that ancient and deceptively aristocratic monetary system gone, human kind set their minds to the creation of a new system built on the principles of fairness and justice.  They gave the world a new economic constitution and forever outlawed the creation of money.

The Declaration of the Basic Rights of All Human Beings became the standard with which a new world could be created, the old world finally declared to be the evil it always was.

It was the day of the Burning of the Brands, and was to the final revolution what the storming of the Bastille was to the old one, the day which marked the victory of the people and the beginning of a new age of enlightenment.

ShareTweetSharePostSharePin It!
chevron_left Luna, the Seer?
We can change the world chevron_right