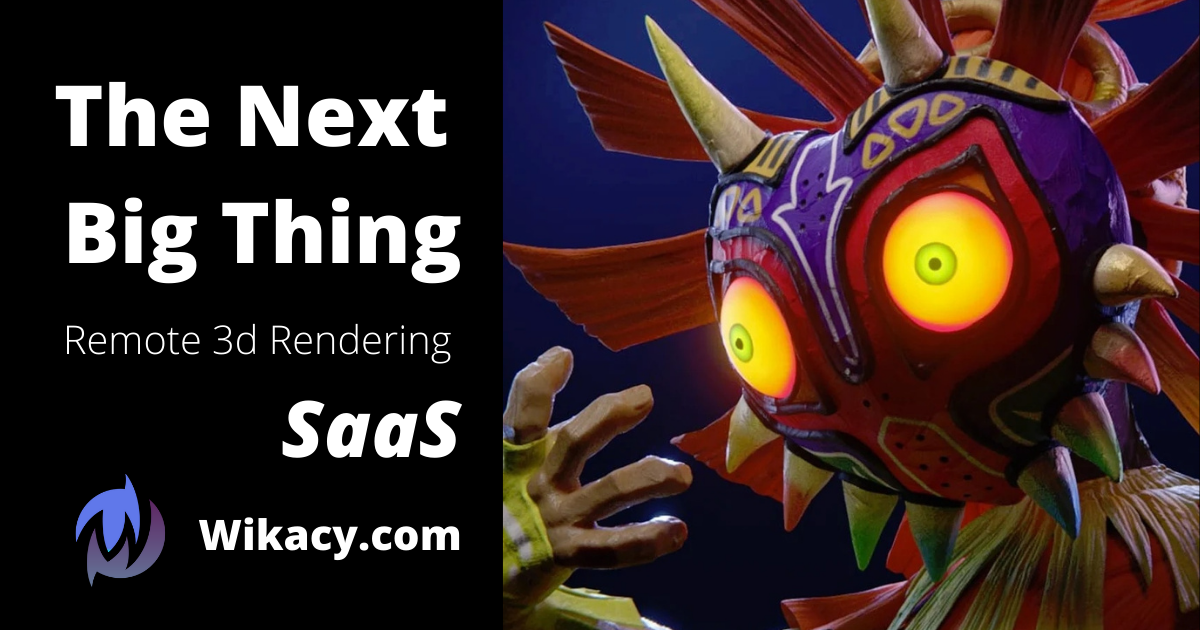 A friend of mine recently asked me for advice on what the easiest low-initial-investment business would be over the next ten years.  He had saved some money and wanted to get into the tech game.  But he isn’t a full-stack developer, and was trying to find something he could do with intermediate development skills.

My answer was a no-brainer: Remote 3d rendering.

We all remember when the internet first started exploding.  The tech guys who started their own hosting companies on home Windows and Linux servers are now the big dogs.  Well, recently, there has been a massive explosion in 3d content; but many creators do not have the resource-intensive GPUs needed to render 3d files, so they outsource 3d renders to render-farms and other cloud rendering services.  But there are still very few providers of these services, and the existing services still require a lot of technical knowledge to configure, plus they are somewhat expensive.

Also, consider the explosion in no-code platforms, generative adversarial networks, and tensor-flow AI pipelines. Pretty soon, anybody with little to no development skills will be creating 3d art, games, and films, and this trend will outgrow the existing render-farms at a staggering pace, with the no-code creation studios consuming most of the existing resources.

It is fairly easy to create a cloud-based remote rendering service.  NVIDIA Iray GPUs are now available on Google Cloud Console, meaning anybody with a computer can create a virtual machine instance and start providing rendering at a very low cost to the end-user.  Apps and websites providing 3d features, such as 3d roleplaying games, will also need remote rendering, and this is a service which is certain to boom.  There will also be plugins and integrations to build for existing platforms, such as Cloudinary, which allows server-side conversion of images and videos, as well as efficient media delivery, and has an extensive developer API for third-party apps.

Mark my words: those who get into this niche field will do very well over the next ten years.

If anybody is interested in learning more, I am mapping out an exhaustive guide on how to start your own rendering business.  Let me know your thoughts in the comment.

ShareTweetSharePostSharePin It!
chevron_left A Platform for our Posterity
I Support the Wikacy Project chevron_right