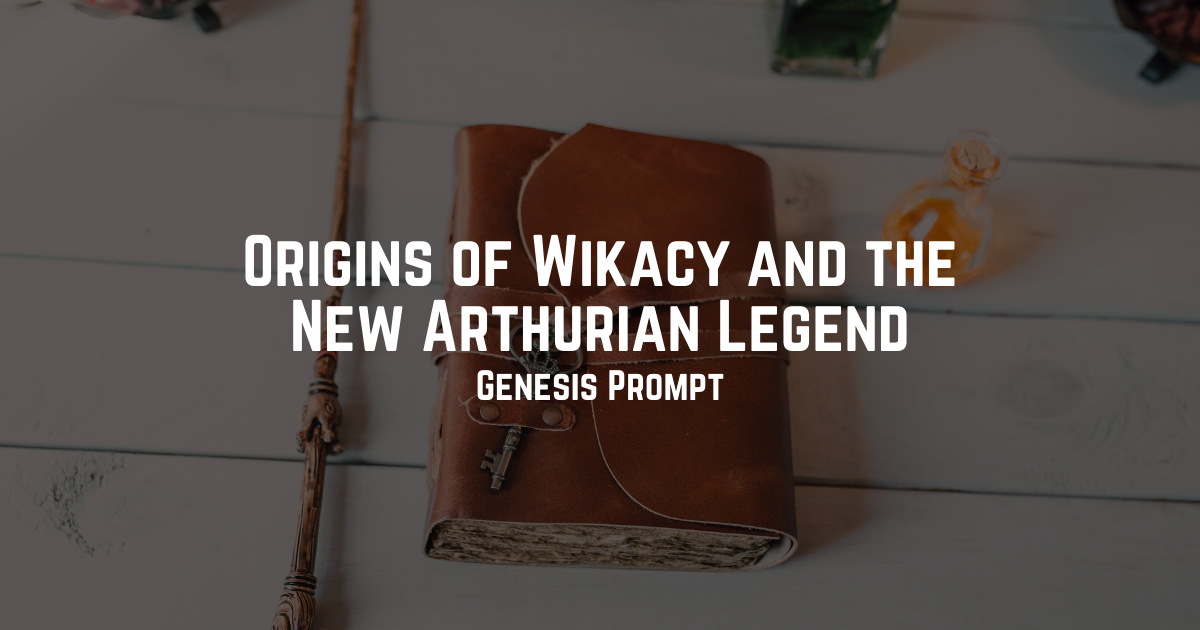 It was foretold long ago that King Arthur would return, and Merlin also, at a time the world needed them the most. This is a history of the events which will lead up to his return, and Merlin’s return as the Wizard of Wik.

Upon the death of Arthur, while Merlin was imprisoned in his cave by the treacherous Nafu, Mordrid, the wicked son of Author, had the Round Table pulverized and burnt to ashes. It was quite a spectacle, and was done in the public square for all to see and testify to the end of that righteous rule. The night of the burning, a vision came to Nafu(for that was her true name), who at that time wore the anointing of the Great Merlin, and she perceived that she would bare a son, and that the ashes of the round table would be his salvation, and empower him to an everlasting life upon earth. And just as she awoke from the trance, a mysterious cloaked figure appeared before her eyes, holding a golden urn. He lifted his eyes towards Nafu, and spoke this prophesy:

“Oh how vexed is the Mother of Wik; by her own hand her end is fixed; “For a time will come when man is spent, and her soul will loath her very wit. For man did suffer, and suffer they will much more; The father created King’s, the Son will father worlds!”

Shortly after she gave birth, Nafu entrusted her son unto a young maid, Liza, daughter of the Good Witch, to care for the boy, and bring him up in the light of the truth. For as much as she wanted to, Nafu knew she could not be around the boy, for he would eventually grow strong enough to take what was his, the cloak of his father Merlin, and gain the knowledge needed to find his staff also. Therefore she hid the Golden Urn deep in the mountains, and told not a soul of it’s whereabouts, until a time near the end of the age.

The boy grew strong, and had great power, though he knew it not. He was strong in his spirit, and loved by all.

At the appointed time, according to the prophecy, Nafu had become vexed by the very thing she loved and craved more than all – the cloak of Merlin’s Power. “Providence,” said she, “Is against me in this… And the world is suffering because of my lust and greed. I see now, that it is pointless to rob the boy of his inheritance; and it will only establish my doom.”

Thus, the Great Nafu, who outwitted Merlin at his own game, lay her weary soul to rest; but before she did, she dispatched her servant Viva to a small village in the Mountains, with specific instructions to retrieve the Golden Urn, and take it to her son.

//Read more on The Wizards Wikacy Docs, or continue the story…

ShareTweetSharePostSharePin It!
Trumph -1: The Hand chevron_right