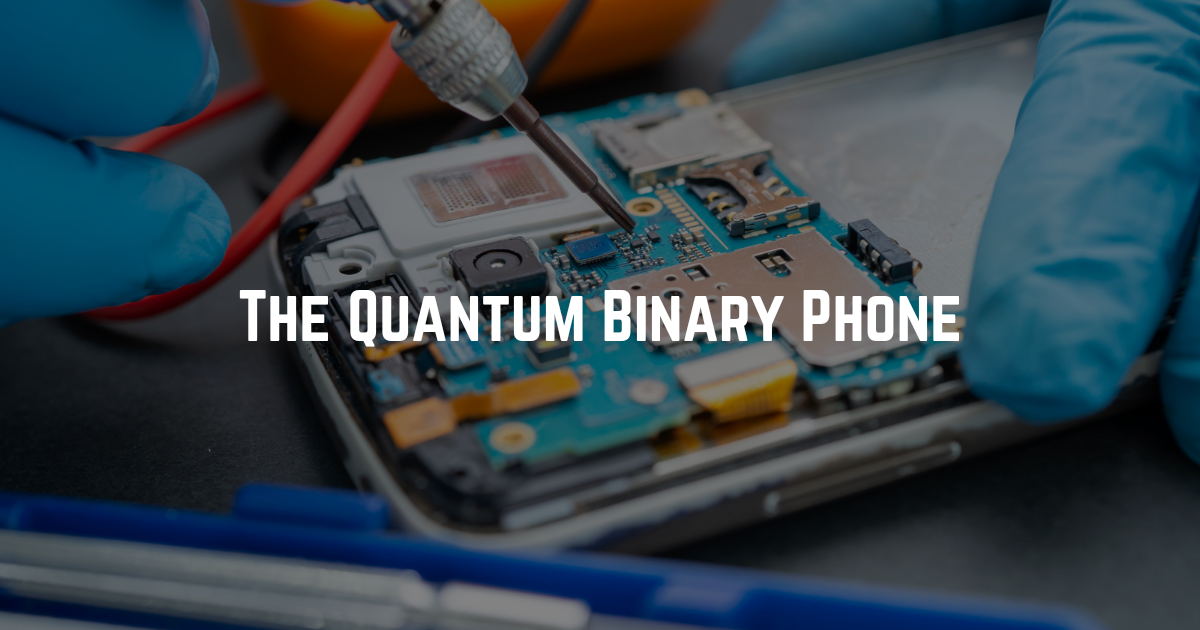 Is it possible to create a cellular phone, or a computer, for that matter, which does not rely on an internet or cellular signal from any tower or satellite?

If one researches this technology on the current internet, one will find all kinds of information about how they are using quantum machanics for security and to improve privacy; however, you will read nothing about any idea to create a cell phone or internet which relies solely on information received from observable quantum state, although they are well aware this is not only possible, but completely within our current abilities.

The information your computer or phone currently receives is brought to it through digital binary, a series of ones and zeros being sent from your internet service provider. But in a quantum phone, this information could be measured and interpreted through the observable state of “qubits.”

In quantum computing, a qubit (/ˈkjuːbɪt/) or quantum bit is the basic unit of quantum information—the quantum version of the classic binary bit physically realized with a two-state device. A qubit is a two-state (or two-level) quantum-mechanical system, one of the simplest quantum systems displaying the peculiarity of quantum mechanics. Examples include the spin of the electron in which the two levels can be taken as spin up and spin down; or the polarization of a single photon in which the two states can be taken to be the vertical polarization and the horizontal polarization. In a classical system, a bit would have to be in one state or the other. However, quantum mechanics allows the qubit to be in a coherent superposition of both states simultaneously, a property that is fundamental to quantum mechanics and quantum computing.

In other words, imagine two entangled sub-atomic particles.  One moves one way and the other moves the other way.  If those particles are separated, they will always move in cohesion with one another no matter where they are or how far away they are.  So, imagine one is placed in the chip of your cell phone, which has a special system for manipulating the direction of the movement, and the other was placed in another cell phone and sent across the universe. When one moves one way, the other moves the other way, and this can be used in the same way digital signals are used today in the form of ones and zeros. With a special interface to manage and a observe the state of entangled quantum particles, we could communicate vast amount of information for free – in true real time.

But, make no mistake, the powers that be do not want this to get out there.  It would cause the fall of the current Big Tech Empire if the people developed and utilized this technology. So you will never hear about this on their platforms.

It is up to us, the people, to build this phone, quantum computers, and much more. With quantum mechanics, the people could have an internet that is 100% free and independent.

ShareTweetSharePostSharePin It!
chevron_left Jasmine Sends for Help
This Journey Only Gets Better chevron_right