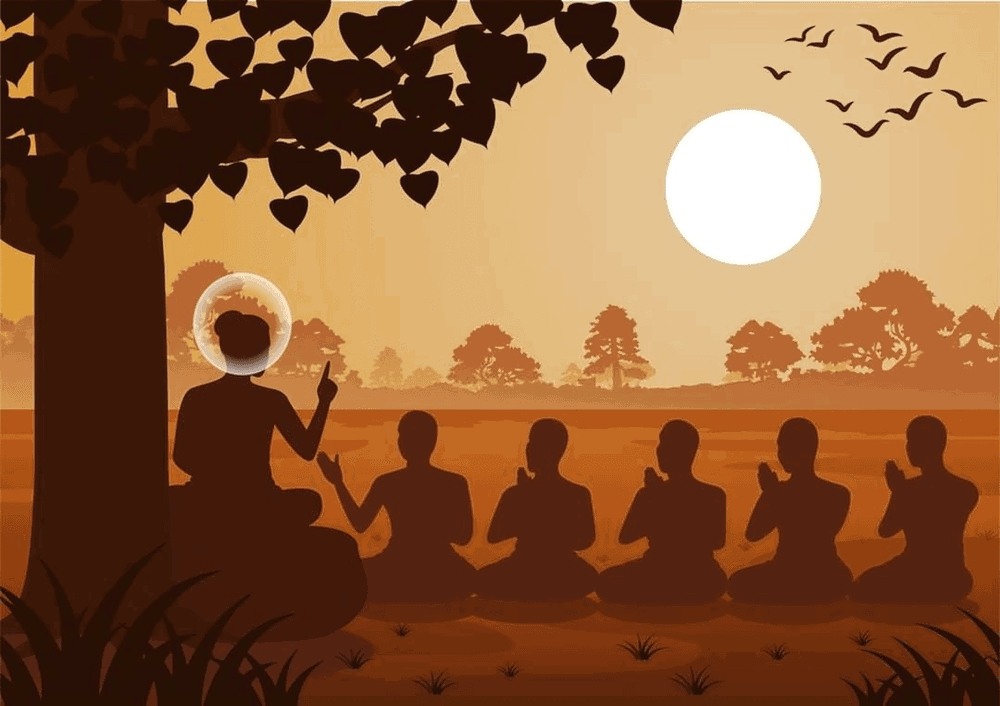 Today is Theravada New Year. And today I have been contemplating the issue of corrupt monks.

In fact, I believe I encountered one today. However, this person (presumed monk or priest) is certainly not Theravadan, so our encounter is only tangentially related. Theravada is believed to be the oldest extant major sect of Buddhism. In Pāli it literally means the “School of the Elders”. And I was asked in an online meeting that, if pressed, which Buddhist tradition I would align with more from my Burmese comrades. I admitted I would identify with Theravada and, if the opportunity arose, I would elect to be ordained under a Theravadan monastic.

In that conversation my friends from Myanmar couldn’t help but remind me that the status quo of their homeland is nearly dominated by corrupt Theravadan monks in jurisdictions where the junta is not present. Like Catholic priests overseeing their congregation in Nazi Germany, the monks of Ma Ba Tha conduct unscrupulous acts and throw their weight around in their sangha, sometimes even tormenting children with corporal punishment and other forms of violence. Ma Ba Tha is an abbreviation for the Burmese rendition of Patriotic Association of Myanmar, and just as the name suggests, they are yet another right wing extremist group wearing the robes of ordained monks. But unlike the Catholics in Nazi Germany, Ma Ba Tha is often seen as a source of the extremist corruption in Myanmar.

So whenever this conversation dives deeper, I’m often challenged to provide my rationale for why I view early Buddhism as a philosophy for liberation while corrupt monks have terrorized the people of Myanmar since Ma Ba Tha’s predecessors, U Rarzar stalked Burmese grounds. I have resolved that these fallen monks, or hakaisou 破戒僧, as I prefer to call them using the Japanese term, should be ordered to disrobe and leave the monastic order. Yet, this order requires political stability and a readily available alternative sangha to demonstrate how Myanmar’s sangha are beyond the pale of Buddhist monastic conduct. As far as I can tell, word about Abbott Galoni Kawiyar’s safety and conduct within Myanmar has all but disappeared. He was one of the few voices of reason among the struggle amid the Rohingya crisis before Myanmar’s military coup and subsequent junta led by Senior General Min Aung Hlaing.

I want to mention briefly that I have indeed experienced some unfortunate conduct from ostensibly ordained Buddhists before. Each time was likely contextual. But if you are under the impression, like I am and have been, that Buddhism is a philosophy aimed at treating all sentient beings with dignity and respect, and restraint from harmful speech or action, you would be surprised to know the things I’ve experienced. Each time I was essentially disregarded and told to leave or given the cold shoulder and spoken about as “the foreigner over there”, like what happened today. All this brings back the memory of the time I was in the company of Zen monks at Shōkoku-ji temple in the heart of Kyoto, and one of them was smoking a cigarette as if the meditation hall were a pub.

Many of these people simply aren’t monastics in the way the Buddha laid out in any rendition of his precepts (Theravada, Mahayana or Vajrayana). But as I’ve entered adulthood I realized I cannot just call people out and tell them what they ought to do, especially without some authority in the theater of which I’m critiquing. So this very predicament is actually serving as yet another impetus for me to consider ordination myself. However, I also know it is not ‘right view’ to go into ordination with an axe to grind. I do not have everything figured out and I don’t quite know how to solve the problem of corruption among hakaisou, or if it could ever be solved. All I do know is that the Buddha’s dhamma (sum of his teachings) were wholesome and cogent enough for me to still own the title of “Buddhist” even in the face of clear hypocrisy, corruption, and delusion in the very tradition that I argue has made me a better person.

This is an article by one of my comrades I mentioned.