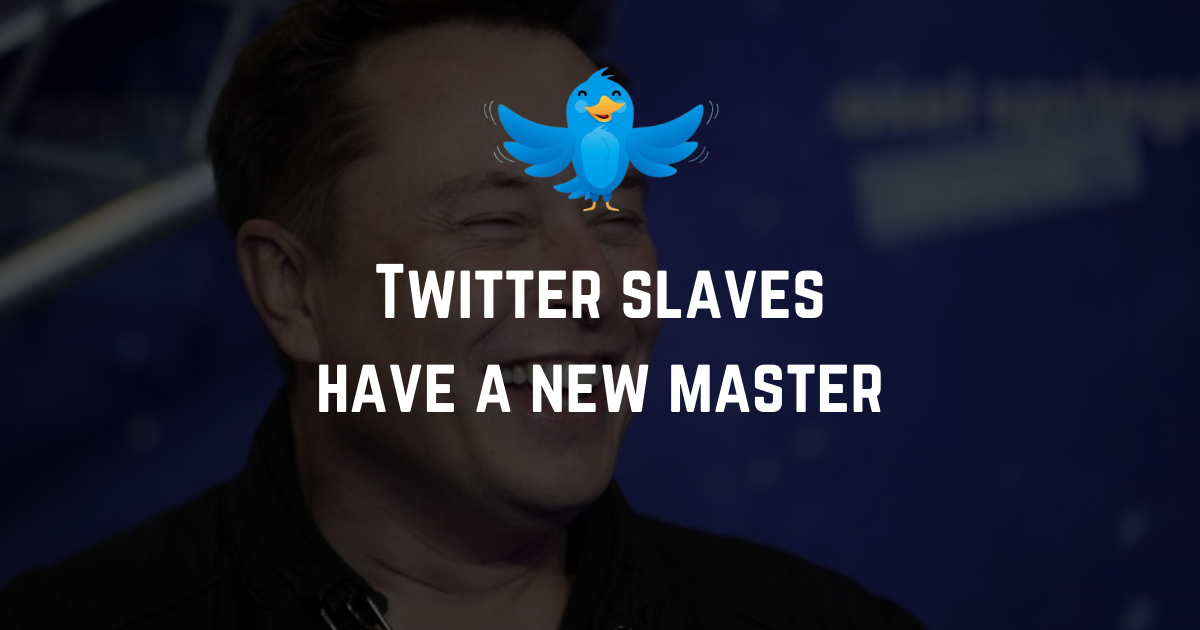 No need to delve too deeply into the same mundane and obvious points repeated over and over again throughout the world of infinite snobby blogs and AI-generated content written for search engines and published throughout the web in order to seduce you into clicking on a link so they can monetize with ads.

No, enough of that.  Time to weigh-in the Wikacy way.

To be clear, we have nothing against ‘ole Elon.  Out of all the born-rich people in the world, he is far from the worse.  What we would like to point out is the stupified behaviors of the millions of metaslaves (a term we have coined to describe the mindless attention-seeking people who have allowed their content to be hijacked and monetized by corporate social media).  Notice, if you will, nobody is discussing the egregious data-mining going down on the bird app.  Nobody cares the entire idea of follows and followers has been used as a mere gimmick to learn everything about people so their interests can be used to determine which companies should target you on and off the platform.  Nobody cares the entire idea that a person can acquire support from other interested parties on the platform is completely false.  Nobody cares about their secret partnership with the e-commerce crime syndicate Amazon which ensures the content and accounts of small indie authors and small businesses will NEVER even be seen by anybody on the app unless they have purchased Amazon advertising.

Nobody cares the app will still remain a profit generating machine for those who are already enormously wealthy and do absolutely nothing to help the people.

Those who have been sold the dream of going viral will continue to work for free, tweet after tweet, to create content on the platform with absolutely no right to monetize it for themselves. Small indie authors and blogs will continue to post links to their sites only to learn Twitter has stolen the SEO value of their site and directed all search traffick to the bird app, rendering the small blog worthless.

Nope, metaslaves will continue to be metaslaves and slave day and night to the benefit of Big Tech.  The only difference is, the corporation is now even more consolidated than before.

For those of you who believe the app will be more valuable due to less censorship, you do not understand the algorithms.  It does not matter what you say.  If you are not a multi-million dollar corporation, on the corporate apps, nobody will ever hear you.