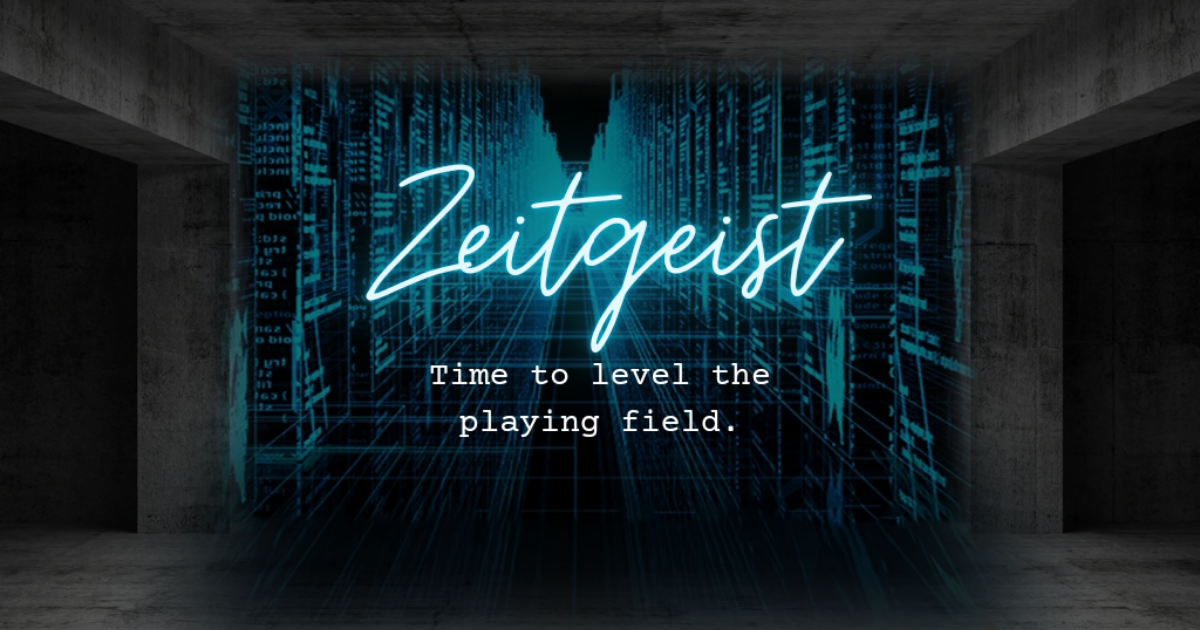 We will soon launch the Zeitgeist App and a new Blockchain.

To understand the implications of this it is necessary to familiarize oneself with the economic fraud perpetrated on all people by our current fiat monetary system, which is compounded by the market-based profit motive. This system has been undermining humanity ever since the neolithic revolution, and has been the number one driving force in the collective human conscious since the days of surplus agriculture, when specialized trades began to form as the hoarding of surplus wealth allowed a priest-class to gain more and more power.

The social stratification of society into rich and poor, low class and high, slave and free, etc., etc., throughout history in repeating cycles, has been the root cause of almost every negative impact on humanity. No longer was humankind allowed to pursue the natural happiness of life without the ever-present stress inflicted upon us by the need to earn money. No longer were we allowed as a species to pursue the natural abundance of the earth in a manner which would meet the needs of all people, because abundance does not drive up costs, the sole concern of those in power.

But we now have the technology we need to provide for all people without the need for money. It is only by the strong arm of the extremely wealthy the system which has rewarded them is being preserved. The truth is, it is no longer relevant.

In order to begin the overthrow of such a system, it is necessary to first establish a network of people who are willing to trade goods and services without the use of any market-based currency. It is going to take a system completely separate from the current one to address these issues. No in-system solution will work.

We will create a new system. And by doing so, we will be weakening the hold which the mighty dollar has over the population. The more people are able to satisfy their basic needs without the dollar, the weaker the dollar will be, along with the corporations who depend on it.

In addition, we must find a way to transfer holdings from the old system to the new. Therefore, in order to grow this system, we will create a Blockchain for those who wish to invest their dollars — namely, the wealthy. But this is not like the crypto blockchains, where those who control the code control the laws and manipulate the value. In this Blockchain, the only way to complete a block will be to complete a peer-to-peer trade. Once a peer to peer trade is complete, it gets added to the chain. The more verified trades exist in the chain, the higher the value of each block. This is because the only way to build trust in this system is to have a record of successful trades.

Each stakeholder (trader) who participates in the contract for a block, shall be attributed with the completion of the block and thus see their stake in the Blockchain increased by a formula which calculates the overall value of the block, the current in-system investments, and the goods or services they received in exchange for their contribution to the block.

The Zeitgeist App will be live in about a month and announce the new Blockchain to the world. Users will be able to download the app, list their skills and needs, create profiles and posts, post products and services they are willing to trade, and create contractual proposals for new blocks.

The wallet for each account shall be a .json file hashed with the standard RSA algorithm, and will contain the encrypted version of each block completed. A private key will be kept safe by each user, and a public key stored in our secure database. It will take both keys to decrypt each block. No publicly identifiable information will ever need to be exchanged, because each user is assigned a unique ID, and it is only through the completion of each trade that your trustworthiness is established. Thus we will have nullified the old reliance on degrees and endorsements of authority and exalted the more reliable word of the neighborhood.

Expenses such as rent, car payments, utility bills and government fees, will justify withdrawal of in-system currency for the purpose of keeping those needs met. With this model, users should see their stake increased significantly, because each time you make a trade and save another person from the need to expend in-system currency, you will have earned the difference compared to the in-system value.

It is in this manner we will create a system which rewards people for creating true human value, rather than for shrewd business practices. We will have nullified and rendered irrelevant the old practice of exploiting those who cannot afford to charge the highest price because if the severity of their human needs, the cohersive tactics of what the world calls “business.”

In addition to the aforementioned Blockchain, the Zeitgeist App will also allow people to collaborate on much larger projects, such as world resource sustainability technology, decentralized apps, programming frameworks, and new ideas for activism through the arts and the promotion of real world changes. We will publish books, games, and films all designed to share our passion for life and true liberty.

You will be able to write and sell books, upload and share videos, create art and NFTs, and everything you can do on all the corporate apps. And the Zeitgeist App will also be user-owned, meaning the more people we convince to download and use it, the more every user earns in exchange for their contribution to the content, which is the true value of any app.

Please tell as many people about this and join us in our efforts to create a new sustainable world which will exalt the need to take care of all people to the highest priority on earth.

ShareTweetSharePostSharePin It!
chevron_left John Battelle: The Stalin of Media
Connecting to The World chevron_right